Will a shortage of Irish properties push prices higher? 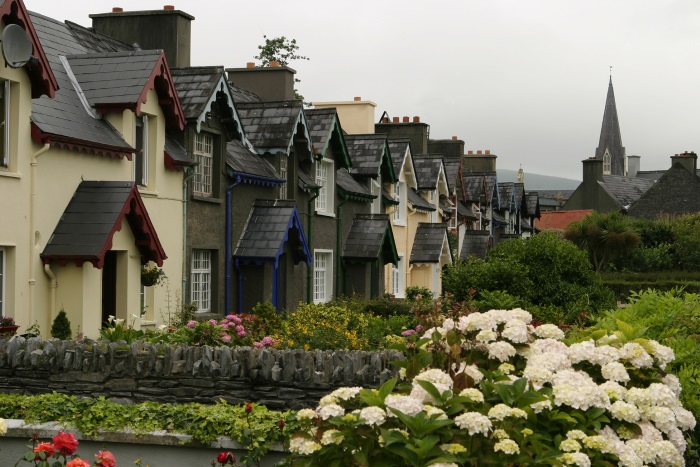 Following the collapse of the Celtic tiger economy in 2008 Ireland has seen a sharp downturn in the number of new homes being built, which (according to the latest Housing Ireland report from Central Statistics Office) has subsequently led to a growing shortage of homes.

Using data from last year’s Census, the report shows that fewer than 9000 new homes were added to the housing market between 2011 and 2016, an extreme slowdown from the 225,232 homes added in the five years prior.

This led to a decade-low of just 21,700 properties being listed for sale on the property portal Daft.ie in December 2016, which suggests that an average of only 1% of Irish properties are currently listed for sale. Such a drastic shortage of homes is likely to lead to a significant uptick in house prices.

Forecasts from the property website myhome.ie earlier this year suggested that house prices are likely to rise by 8% in 2017, with some analysts even suggesting that the constrained supply could drive double digit growth, something that was reflected in the CSO’s latest report that showed that average inflation for the first quarter was close to 11%.

This would see prices grow at an even faster pace than in 2016, when (according to the Central Statistics Office) property prices jumped 5.2%.

Meanwhile, there is also added pressure from the number of properties being purchased as buy-to-let investments, prompting a drop in the volume of homes available to purchase for buyers, with data showing that the overall home ownership rate has dropped from 69.7% to 67.6%, its lowest levels since 1971.

This is reflected in the data profiling first time buyers as well, with the average age of those still renting surging to 35 in recent years, up from 26 in 1991.

However, with the introduction of a new help-to-buy scheme at the start of the year aimed at helping more first-time buyers enter the property market, demand for homes – and therefore prices – are likely to continue to accelerate.

This is already being shown in the latest mortgage figures released by Banking & Payments Federation Ireland (BPFI) as the average loan now stands at €208,000, up 9% on the year.

However, the rise in prices and demand has also stoked fears that the Irish property market could be on the brink of another housing bubble.

Irish Central Bank Governor Philip Lane was keen to play down these fears this week as he said the bank’s mortgage-lending rules would help to apply some downward pressure on house prices, with limits on the amount of borrowing expected to suppress property prices in the long term. As he explained;

‘The 3½-times-income ceiling on mortgages means that as house prices go up, the cohort of households that can meet that condition shrinks.’

However he also acknowledged that the country’s housing market remained volatile following the previous boom-and-bust cycle, while critics suggested that the introduction of the new tax-incentive scheme for first-time buyers was exacerbating the problems caused by a shortage of supply.

Ultimately, it looks as though (barring any major shocks to the market) a growing shortage of homes in Ireland is likely to cause prices to continue climbing this year. While this is important to bear in mind if you’re thinking of buying a property in Ireland, prices are still some way off reaching the dizzying heights seen before the economic crash.