Cities of sound: Five buzzing destinations for music lovers to live in 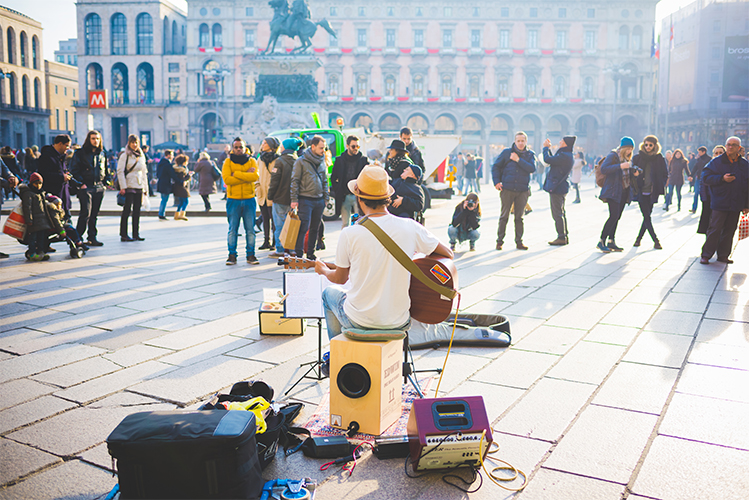 For many people, the decision to move abroad is seldom based on a location’s music scene, but for those of us for whom music is a vital element of our lives it can play an important role. When relocating it’s important to know if your future home is positioned in a comfortable environment for your interests to flourish, and so for all you music-lovers out there here are some (but certainly not all) of the most musical cities on the planet.

New York has a vibrant and varied music scene that prides itself on innovation, ensuring that its musical citizens are never bored. The fact that the bustling metropolis is the birthplace of hip-hop, disco and punk rock is indicative of this fact; the city has long been associated with exemplary musical achievements.

The remarkable talent and dedication of the city’s top musicians ensures that the staggering volume of live venues are always bursting with sound; high-profile Broadway may boast international renown, but the effervescent night clubs and packed bars play host to a whirlpool of talented musicians as well.

Paris is renowned for many things: its iconic landmarks, world-class culinary scene and its reputation as the ‘City of Love’, to name a few. It’s also the heart of contemporary and classical art, and its music scene is a large component of this showing.

Paris is perhaps most renowned for its classical and jazz roots, with venues exuding these sounds seemingly around every other corner. But the city’s youthful culture has ensured that genres such as hip-hop, house and rock have an established presence as well. Parisians’ general passion for music spills over into the streets in the form of buskers, and the regular crowds around these performers exemplifies the city’s affection for the auditory arts.

Having freed itself from the reputation as a haven for gangsters and a hollow for morally dubious activities, the Colombian capital Bogotá is a city revived. Having made it onto UNESCO’s list of best musical cities in the world, it has garnered a reputation as a fantastic tourist destination. But the city holds an allure for expat creatives looking for lasting comfort as well. The country has a rich obsession with the arts, boasting some fantastic museums and galleries as well as some beautiful street art (graffiti isn’t technically illegal in the city).

Bogotá’s economic emancipation has meant that the music industry has flourished as well, transforming from a suppressed local scene into a globally alluring affair. Bogot­­­­á has half a thousand live music venues and many annual festivals across the genre spectrum, making the city endlessly interesting for the musically inclined.

Hailed by many as the ‘Capital of Classical Music’, the Austrian capital’s Baroque architecture is complimented by its integral love for local contemporaries such as Johann Strauss I, Franz Schubert and, of course, Mozart.

The city served as a hub for talented classical musicians during the 19th century, where aspiring composers and players alike would flood there to establish their careers. So significant was this period that its echoes still resonate throughout the city today, making it the number one destination for anyone passionate about classical music.

The Texan city’s official slogan speaks for itself: the ‘Live Music Capital of the World’ is home to more music venues per capita than any other American city. Hundreds of venues catering to every taste under the sun and a wealth of annual festivals bolster Austin’s reputation as an audiophile’s dream destination. The warm Texan summers prompt the most famous musicians to perform at some of the most popular music festivals in the world, making this an ideal place to live if you’re an avid festival-goer.

Whether your taste lies in the classical or the contemporary, jazz or heavy metal, there’s a city out there for every taste. The cities here host a variety of music scenes, but in every case, there’s something worthwhile and lasting about what is on offer, making each of them endlessly captivating for anyone interested in the musical cultures they exude.