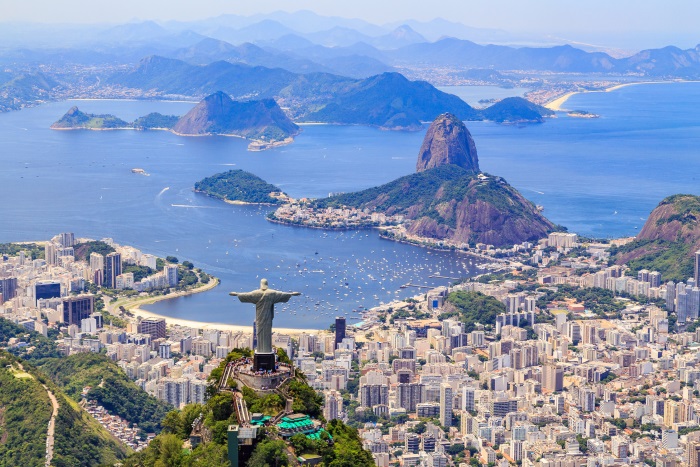 The International Monetary Fund (IMF) has published its Global House Price Index, and the report has offered some interesting insights into which property markets are heating up and which are cooling.

Although the report revealed that most countries recorded an increase in real house prices over the course of 2016, there were a few nations in which house prices declined.

The steepest slide in property prices occurred in Brazil, where values were down by -20.3%.

Global Property Guide said of the Brazilian property market; ‘Since 2013, there has been a noticeable slowing of property price rises. Last year, house prices rose slightly (in nominal terms) but actually dropped significantly when adjusted for inflation. The price correction is expected to continue as the country contends with high inflation and deep recession, compounded by the continued weakness of the real.

Brazil’s Central Bank is not in stimulus mode and is expected to keep the benchmark interest rate at its currently high level, amidst high inflation – thereby discouraging prospective homebuyers. The key rate currently stands at 14.25%, the highest level for almost six years.’

Russia came in with the second most significant slide in home values of -12.5% and Hong Kong recorded the third largest fall, with property prices dipping -10.4%.

Last year Goldman Sachs estimated that residential property could fall by as much as 20% by 2018 as a result of higher interest rates in the US, so another 10% drop in values could be on the cards this year.

In New Zealand particularly surging property prices are becoming a cause for concern. With the price of an average house in Auckland exceeding NZ$1m late last year, the majority of first time byers are being priced out of the market and measures taken by the Reserve Bank of New Zealand last summer don’t appear to be cooling the situation as rapidly as hoped.

If you were still hoping to buy property in one of the hotter markets, it might interest you to know that (according to Numbeo) an apartment in the centre of Hungary would set you back £1,272 per m2. An apartment in Latvia would be slightly cheaper at £1193 per m2, but a similar sized dwelling in either Iceland or New Zealand would cost you substantially more at £3,298 and £3,289 per m2 respectively.

Additionally, when considering an overseas property investments it pays to thoroughly research the history of the property market you’re looking into in order to establish whether prices are at their peak or have the potential to climb in the years ahead.