Most popular expat locations in Portugal 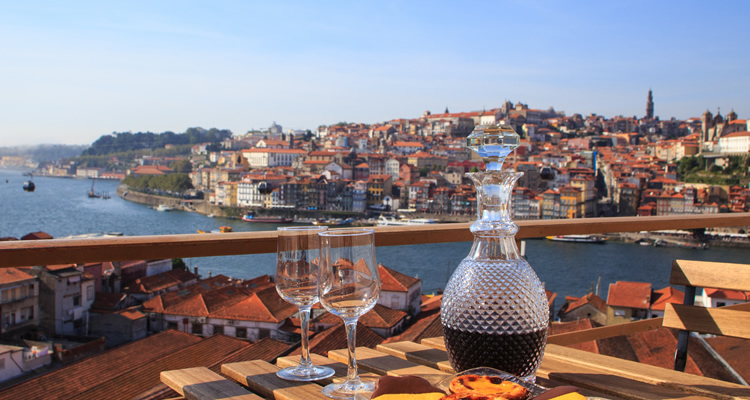 Found on the very edge of the Iberian Peninsula with the Atlantic on its doorstep, Portugal is a desirable emigration location thanks to its superb summers and comparatively uncrowded towns, cities and beaches.

Portugal also frequently places highly on quality of life indexes and is considered to be riding the wave of an economic revival.

But which parts of Portugal are the most popular with expats?

Chaves is a relatively small town that lies close to the Spanish border.

Found in a more rural than urban part of the county, Chaves is considered to be ‘unspoilt’ and is notable for its spas and thermal baths.

For those interested in national history, the town still has remnants from its time as part of the Roman Empire, as well as more recent evidence of the Portuguese Restoration War fought with Spain during the Renaissance period.

Moving further down the coast, the city of Porto is another hotspot for expats.

Porto is Portugal’s second-largest city and is notable for being the origin of the country’s name (‘The Port’). The city has such historical richness that it has been designated a world heritage site by UNESCO.

While not quite as high-profile as the capital further down the coast, Porto is still notable for its accommodating climate and seamless blend of tradition and modernity.

Porto’s heritage site status is affirmed by the large numbers of historic buildings in the city and in the words of UNESCO;

‘The active social and institutional tissue of the town ensures its survival as a living historic centre’.

Capital cities are not usually the first port of call for expats, as they can feel crowded compared to the quieter rural locations available. The Portuguese capital of Lisbon is an exception, however, boasting quaint back streets and secluded areas despite easy access via the international airport.

Lisbon is packed with fascinating museums and most can be reached with relative ease thanks to a well-developed public transport network.

As well as getting a glowing recommendation from expats the world over, Lisbon has also been praised by US actor John Malkovich, who raved about the friendly locals, top-notch cuisine and iconic Fado style of music.

In a historical context, Lisbon is well remembered for the devastating earthquake that struck the city in 1755 and brought damage on a never-before-seen scale.

The capital has thankfully recovered since then, but the spectacular Carmo Convent remains as a permanent reminder of the city’s historic tragedy.

Completing the journey from north to south, the last top expat destination in Portugal is Lagos, another coastal town.

Lagos is, to some extent, the Portuguese equivalent of Spain’s Costa del Sol, located in the highly desirable part of the country called the Algarve.

In another example of the historic Portugal adapting to modern times, Lagos has postcard-perfect architecture all around, as well as all the amenities that would be expected of a tourist town.

While the summer months can be a bit chaotic with visitors, the town is more manageable at other times in the year without suffering from inhospitable drops in temperature.

Portugal is sometimes overlooked as a potential expat destination, but we hope that this run-through of the most popular locations has sparked your interest in the country!