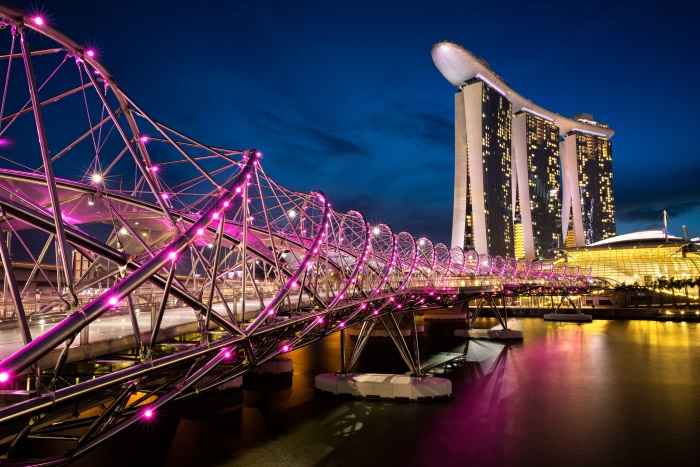 With the global outlook seeming increasingly uncertain it is natural to cast around for the most secure place to invest your hard-earned funds. Although global stock markets have continued to push higher in recent weeks, it’s hard to beat the relative security of investing in physical bricks and mortar.

Even though the property markets in the US and Europe are looking less attractive these days – thanks to uncertainty created by the Trump administration and the issue of Brexit – these developments are helping to enhance values further afield.

As a result the Singapore property market is starting to reassert itself as an attractive proposition for foreign investors, in spite of prices having experienced a sharp downturn over the last four years. The government has also begun to ease back on cooling measures introduced to take the heat out of the domestic housing market in 2013, adding to the appeal as sellers now face lower stamp duty.

While prices in Singapore are certainly not rising at the same rate that they once were – and aren’t likely to regain quite the same momentum again – the city-state still looks to be a good place to invest.

Morgan Stanley forecast in a recent note that prices could be on track to double by 2030, with the downtrend thought to have finally bottomed out at the start of the year. So a savvy investment now, while prices are still relatively muted, could lead to a significant return further down the line.

Even so, expectations seem to be for a more gradual uptick in prices this time around, which could be positive for those who can’t afford to invest right away but don’t want to miss out on the opportunity. However, given the recent weakening of the pound to Singapore dollar exchange rate you may benefit from taking out a forward contract with a reputable currency broker.

This would enable you to lock in a rate up to a year in advance of your transfer, protecting your investment from the volatility of the currency markets even before taking ownership of the property.

Although the Singapore property market is no longer quite the attractive prospect it once was, it remains an opportunity well worth consideration. With the UK housing market showing signs of slowing even before Brexit negotiations get underway, and with property markets in countries such as Canada and Australia showing signs of overheating, Singapore offers a rather safer bet.

The political and economic risks for the Asian city-state are rather more limited than those of many other potential investment spots, offering some increased peace of mind in the current global climate.