Are these the five cheapest places to buy property in Ireland? 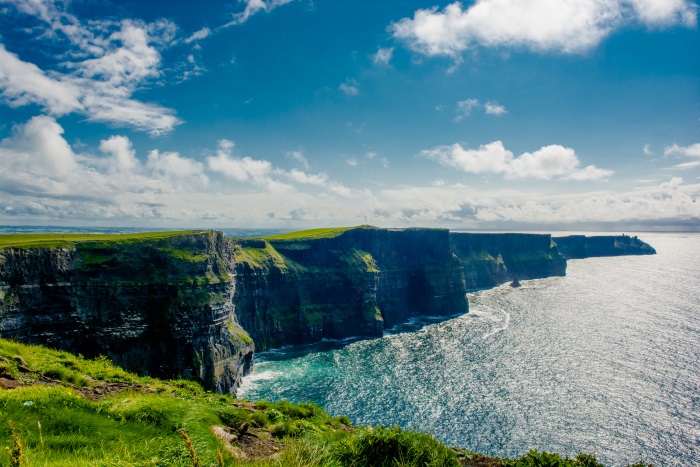 As a nation renowned for its rolling hills, storm-wracked coasts and weaving rivers, Ireland remains a popular destination for visitors from across the UK and further afield.

If you were thinking of settling down in the Emerald Isle but were worried about the cost, it’s worth scouting around. Property prices in Dublin rose by 8.2% in the year to March, but there are still bargains to be had across the country.

The first stop on the tour of affordable Ireland is County Laois, located around an hour’s drive away from Dublin. The county is closer to the east coast than anywhere else, but is still landlocked with a heavy focus on farming.

The county town is Portlaoise, found in the east. Ever since the financial crash of the late 2000’s, demand for property in the county has been sliding, which translates to better prices for buyers.

Laois may not be on the affordable end of the scale for long, however, according to Estate Agent Matt Dunne;

Next on the list is County Roscommon, found further upcountry to the northwest of County Laoise.

This county is already popular with overseas buyers, with John Earley of Property Partners Earley reporting interest from American and English purchasers.

Earley also notes that there is high demand for forestry land in the county, which raises opportunities for enterprising landowners.

Roscommon’s county town is also called Roscommon, found right in the centre of the region. To the east, Roscommon borders Longford and Westmeath over Lough Ree, the second largest lake on the long-reaching River Shannon.

Heading to the northeast of Roscommon, you reach Country Leitrim, another stop on the tour of affordability.

The county borders several loughs, as well as having smaller bodies of water throughout its borders.

Leitrim is Ireland’s least populated county, which is attributed to unfavourable living conditions during the 20th century. Now that Ireland is resurging in the 21st century, however, interest in Ireland’s ‘vacant county’ has returned.

According to Estate Agent Peter Donohue, demand is lowest in the east of the county, along the border with County Cavan.

Leitrim has a tiny coastal border with the Northern Atlantic, but also butts up against the Northern Irish border, which raises its appeal to those looking to stay close to the UK.

Swinging directly east of Leitrim, County Cavan is also notable for its affordability. Low interest is blamed on Cavan’s distance from Dublin (around two hours driving), although it is also around two hours away from the Northern Irish capital of Belfast.

Recent reports estimate that homes are selling for less than their construction price, which is practically the epitome of a bargain for those seeking an affordable property purchase.

Despite its supposed remoteness, Cavan is still renowned across the country for its scenic beauty.

Finally, the northernmost Irish County, Donegal, is another spot to snap up a good deal on property.

The county has suffered from widespread emigration in the past, which has left towns on Donegal’s border ‘decimated’, according to Estate Agent and Director Brendan McGee.

Because of this population reduction, demand has gone down, much to the advantage of potential investors.

As with Cavan, Donegal is considered too remote for most buyers, but it does border multiple Northern Irish counties and Belfast can be reached in around two hours under good conditions.

This concludes our exploration of the some of the cheapest parts of Ireland, but there are plenty more affordable spots just waiting to be uncovered. Ireland has a timeless beauty that continues to draw travellers in, so consider taking a splash across the Irish Sea to see what you can discover!