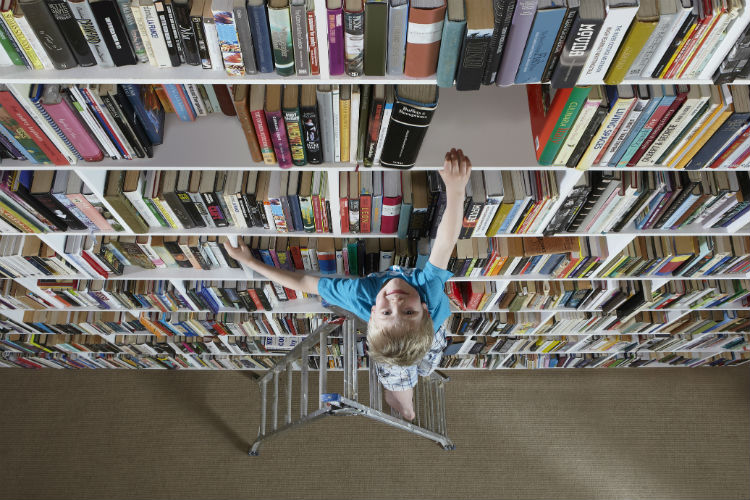 If you’re planning to move abroad with your family, the quality of the education your children can expect to receive will obviously play a part in the decision making process.

But which countries offer the highest standard education?

USNews.com have published a list of 80 countries ranked from best to worst for education, as part of its ‘2017 Best Countries Rankings’. The group partnered with BAV Consulting and the Wharton School of the University of Pennsylvania in order to put the lists together, and ranked nations based on how developed the public education system was as well as how many survey participants would consider going to university there. While mandatory education doesn’t begin until age 6, most children attend preschool from the age of 3.

USNews points out that (perhaps due to the influence of major philosophers on French culture) graduating students take a baccalaureate in the form of a standardised philosophy essay.

Another key difference in France is that it’s common for students to have Wednesday off school, with a half-day on Saturday.

Higher education in France is considered to be comparatively complex due to it being made up of both Universities and Grandes Ecoles. According to Angie Power, writing for The Telegraph; ‘It is the Grandes Ecoles that prepare the administrative, scientific and business executives – or cadres – for their place as leaders in government or in private enterprise.’

That being said, France is still considered to be home to some of the world’s best universities, including the Paris Sciences et Lettres (PSL Research University Paris) and the nation is, of course, famed for its culinary institutes. Australia’s education system differs between each state and territory. While the nation did introduce national standards just a few years ago and has an Australian curriculum, you may be surprised to see how much the education systems can vary.

Primary and secondary education are mandatory, but only 60% of schools are funded by the government, with a considerable 40% being private or independent. Most school funding is the responsibility of territorial governments, with the Federal Government instead helping to fund private and independent schools.

In Australia, the equivalent of higher education is called ‘tertiary education’ or ‘adult education’. Student fees are generally subsidised with a student loan program, with repayments due after a certain income threshold is met. While Germany’s school system has inspired others, it has some notable differences to others on this list. The concept of a kindergarten originated in Germany in the 19th century, but compulsory education doesn’t begin until the age of 6.

As in Australia, the education system is largely the responsibility of state governments, with the Federal Government’s input being minimal.

The biggest difference between Germany’s education system and the others on this list is that a student’s performance in primary education sets their designated academic path throughout secondary education and beyond.

Students with the highest marks will go to ‘Gymnasium’, a high level school designed to prepare students for university-level education. ‘Realschule’ aims pupils towards white-collar jobs while ‘Hauptschule’ helps students prepare for trade-based roles. The final examinations of these schools help the students advance in their chosen professions.

There are other routes that are more recent and less common, such as the ‘Gemsamtschule’ which combines the three options above.

Germany also differs from the others on this list in that children typically only attend in the mornings, with a greater focus on extracurricular activities set up by each individual school.

One really important point to note is that, Germany’s higher education options are comparatively cheap and sometimes even free! Britain’s school system used to be more skill-based like Germany’s, with students going to two different kinds of schools for either academic or trade-focused study depending on performance at primary-level education.

However, that system has faded and been replaced with a more uniform secondary education.

Unsurprisingly, primary and secondary levels of education are mandatory.

There are many routes into higher education, and Britain’s high placement on the list could be due to two of the world’s top10 Universities – Oxford and Cambridge – being based in England. Canada is proof that a decentralised education system can still work wonders, as Canada’s education systems and curriculums differ depending on provincial jurisdiction. Education is largely public and is funded by all levels of government, from federal to provincial and local.

Like the others on this list, primary and secondary educations are mandatory – in most of the nation children must attend school from the age of 5 until the age of 16. In Manitoba, Ontario and New Brunswick, education is mandatory until age 18.

Post-secondary education can sometimes differ from province to province. The most notable example is in Quebec, where students must undergo a two-year specialised school course before university can be an option.

Students in Canada typically score above average in the OECD’s Programme for International Student Assessment, which helped the nation reach the top spot on the USNews ranking. The nation also has many strongly performing Universities.

Overall, Canada simply has a strong standard of education despite the differences between provinces, but it may be worth researching the area’s education systems before you make a move.

While we only looked at nations which made the top five of the USNews list, there are plenty of other countries with excellent education systems. For example, Japan’s education system is considered to be first-class, while Scandinavian countries like Sweden, Norway and Finland have invested heavily in education in recent years and have introduced more modern (and sometimes experimental) education methods.

Before moving abroad with your children, it pays to research the education system of the nation you’re moving to so you can prepare them for the differences ahead of time. Remember to keep checking our blog for up-to-date news, tips and advice about the ups and downs of moving and buying overseas.