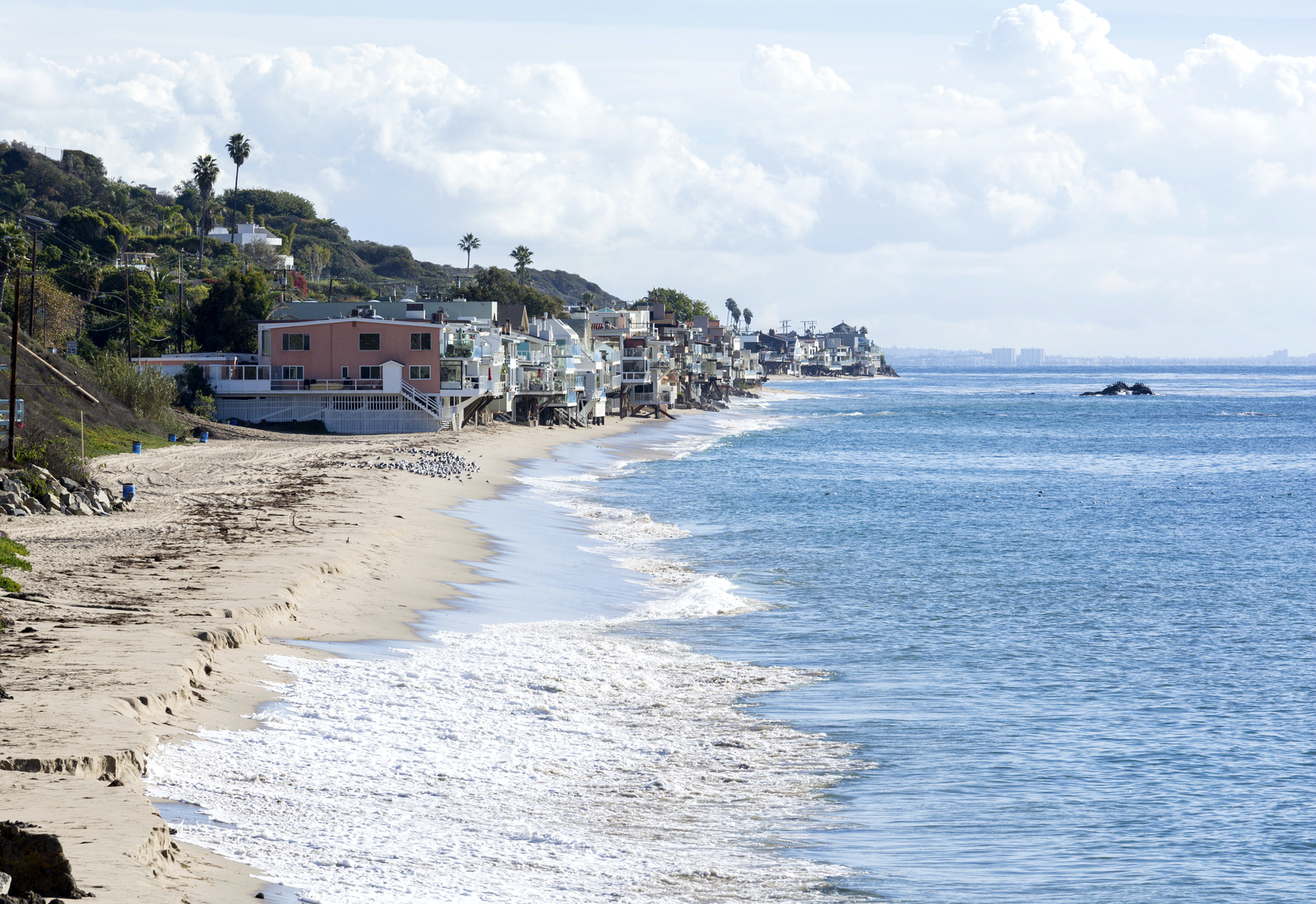 The Wolf of Wall Street would be impressed. Leonardo DiCaprio’s Malibu pad, which he bought for $1.6m (£1.25m), has just gone on the market for $10.95m (£8.5m). He has owned it for about 20 years, however. It was one of the purchases he made following the mega-success of Titanic.

It is a three-bedroom detached house with smart décor and a courtyard in a row of similar properties. But its location is the key to its attraction.

The balcony overlooks and has stairs leading down to Carbon Beach, a beautiful patch of Californian sand otherwise known as Billionaire’s Beach. Music mogul David Geffen, DreamWorks boss Jeffrey Katzenberg and Oracle co-founder Larry Ellison are apparently among those who have homes along this stretch of coast. The quality of the sand is said to be the finest in California and the views are to die for.

The 70 or so beachfront homes have been built or overhauled by leading architects and fitted out by top-notch interior designers. Leo’s is no exception. It’s a remodeled 1950s bungalow with a smart grey galley-style kitchen and a living room with a fireplace for the chillier evenings when you don’t want to take advantage of your Pacific Ocean-facing deck.

There are two bathrooms, a two-car garage and an enclosed courtyard, where the paparazzi cannot pry.

This is not the only house that the 41-year-old Hollywood star is aiming to sell. Allegedly, he has a suburban house in Studio City, Los Angeles that is on the market for $3.1m. It has four bedrooms, three bathrooms and a pool in the garden. And even when he’s sold these two properties, he won’t be short of a home or two. He has a Spanish-style house in the hills of LA’s Silver Lake area, two neighbouring properties in the celeb-heavy Bird Streets enclave above Sunset Strip, a modern mansion in Palm Springs, a luxury loft apartment in Greenwich Village and two other condos in New York.

But in true Wolf of Wall Street style, these properties aren’t just lying empty. The beach house has been offered for summer rentals at up to $50,000 a month. And his Palm Springs house can be rented for $4,500 a night (minimum two nights). The price includes a daily maid.
Leonardo DiCaprio’s Malibu beachside property is perfect for those looking for sun, sea and star appeal.