Thinking of moving abroad? Buy a home in Sicily for just one Euro 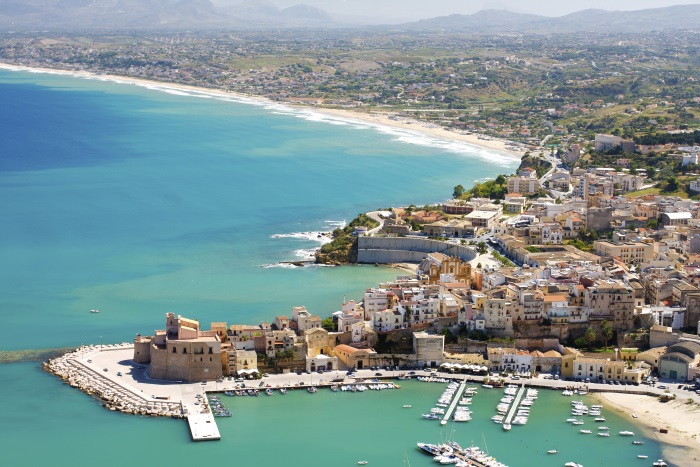 Enterprising house-hunters should head to Italy to give these historic homes a new lease of life.

How would you like to buy a traditional Sicilian townhouse for just one Euro? It sounds too good to be true, but the small, picturesque hill town of Gangi, an hour’s drive from the seaside town of Cefalu, is so worried about the exodus of inhabitants, that it is offering traditional homes, known as pagliarole, for the current equivalent of 80p. You get three floors, one that was originally for the cattle, one for the chicken and goats and one for the human occupants. Plus one door that takes you out and up the hill, and another that takes you down into
the town. Not forgetting views as far as the eye can see, many of them over the distant volcano Mount Etna…

All right, so that single Euro won’t be your only expense, since the houses aren’t exactly in tip-top condition. A lot of the inhabitants emigrated to Argentina and America at the start of the century, encouraged by dreams of a more prosperous life, and many others have left since then. Balcony of property in Gangi

Once a thriving community of 16,000 in the 1930’s, Gangi now has a population of about 700. And many of the abandoned homes come with the word “crumbling” attached. Anxious that the place might become a ghost town, the town’s authorities have launched their bid to boost the numbers of residents and give Gangi a new lease of life. The offer they are making is that buyers should not just purchase the properties, but repair them and make them structurally sound. Providing them with roofs, floors, electricity and plumbing. At a cost of around £18,000 all told. That’s the bad news. The good news, is that the initiative has already succeeded bringing new life back to Gangi. So far, 100 homes have been sold, and another 200 are being offered to anyone who is interested.

The most encouraging sign of all, is the fact that a Florence-based company has been given two houses, bought seven more, and is currently building a 22-room hotel right in the historic centre of the town. As a result, noises emerging from the Town Hall are now sounding a lot more optimistic.
“We don’t want people just because they have money”, says the mayor, Giuseppe Ferrarello. “We want to know what they are going to do with the houses.”

No question, then, that the initiative has paid off. Prospective buyers have come forwards not only from Sicily, but from all over mainland Italy, from all round Europe, and even from as far afield as Abu Dhabi. And in order to avoid deals getting tangled up in complex bureaucratic legislation, the town hall has chosen to act not as a participant in any of the deals, but merely to act as mediator between owner and buyer.

After more than a century of people streaming out of Gangi, then, it seems the tide has finally turned.