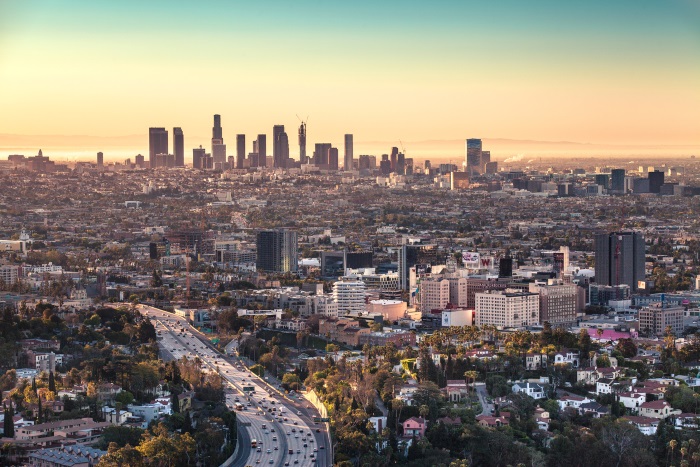 Greater Los Angeles is the American property hot spot, according to an end of year market report from Zillow, the property website.

Homes here are worth more than double the combined wealth of America’s 50 richest citizens, the report said.

The value of all homes in this area, which includes Orange County, is $2.5trillion. This is up 6.4% on last year, “a gain of $154billion”, said Lauren Braun, a spokeswoman for Zillow.

Arch rival New York isn’t far behind, with a total value of $2.4trillion.

The residential housing stock countrywide was worth $29.6trillion in 2016, more than 5% up on the previous year.
“The US housing stock is worth more than ever, which is a sign of the ongoing housing recovery,” explains Zillow’s chief economist Dr Svenja Gudell.

“As buying a home gets more expensive, affordability remains a concern for many, and these numbers highlight just how much people are spending on housing,” she added.

Certainly the proportion of the population renting nationwide has been increasing. In Los Angeles just over half of all households rent rather than own their home. And rents here are among the highest in the country. According to Abodo (https://www.abodo.com/blog/heavy-housing-burden/), which lists apartments for rent, 93% of those earning $20,000 or less each year in LA spend 30% or more of their income on housing.

Another listings website, Zumper (www.zumper.com), reported that rents in LA were up 5.2% from 2015, making it the seventh most expensive city in the US for renting.

And this growth is expected to continue. Prices of homes in Los Angeles have tripled over the past 20 years. The average price across the city is just over $600,000 and Zillow (www.zillow.com) predicts a further 3% rise over the next year. Top end areas such as Bel Air command average prices of $3m and Studio City just over $1m.

“The US housing market has regained all the value lost during the housing crisis,” the Zillow report concludes.
LA has certainly not lost any of its sparkle. No wonder it attracts everyone from movie stars and pop stars to property investors.