A real piece of history: Washington’s oldest house has sold 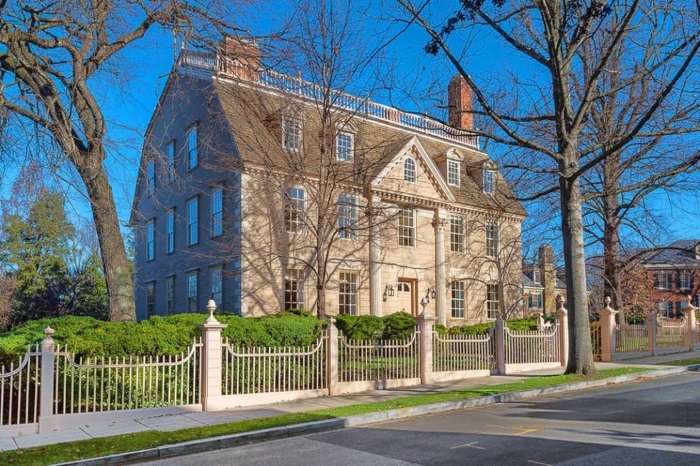 There are not many houses in the United States that were built before the Independence Day declaration in 1776, but this is one of them. True, it wasn’t on this particular site, but the house known as Washington’s oldest dates back to 1754. Now the historic home that has been on the market for more than a year has recently been sold for $7.1m (£5.9m).

It was reconstructed in its present situation by a Washington lawyer, George Morris, and his wife, Miriam. They had a huge collection of antiques and wanted to buy an elegant period residence that would enhance their treasures. It was 1930. They viewed properties all over the city, but found nothing to their exacting standards. Spreading their property search ever wider, they finally found the ideal candidate way north in Danvers, Massachusetts.

The house had seen better days. The library panelling had been removed to a museum yet the original wide floorboards, lofty proportions and grand staircase – with its impressively turned balustrades – remained. There was even a secret passage to the ballroom. The property had been built for a prominent merchant, Robert Hooper, who wanted to flaunt his wealth and status. But pride comes before a fall and he lost everything when he persisted in sympathising with the British ahead of the American War of Independence. At one time, the front door had a hole in it from a musket shot aimed at Hooper.

The Morrises bought the house for $12,500, then had it dismantled and shipped back to Washington DC by rail in six boxcars.

They hired an architect, Walter Macomber, to oversee the rebuilding work on a site in upmarket Kalorama (the neighbourhood of choice for the Obamas, post-White House).

The footprint was extended slightly to install plumbing and bathrooms so that any modern conveniences were hidden from view. Macomber also took the opportunity to reinforce the building with steel beams. The original library panelling was reconstructed and the whole rebuild took three years.

Throwing a spectacular housewarming party, Miriam went the whole hog, with Colonial-era period dress and authentic food. For the next half-century, her parties attracted the city’s finest, from first ladies to ambassadors. It is thought that this hostess ushered 50,000 guests through her grand Palladian hallway. When Miriam died in 1982, the antiques collection was auctioned and raised $2.3m.

There are six bedrooms but the ballroom has been turned into a movie theatre, spa and bar area, retaining its secret staircase. The reception rooms have lofty, 12ft ceilings, classical columns, stencilled floors and wallpaper that was designed in Paris in the early 1800s. Linden trees line the drive of the generous half-acre plot, so that the house could retain its name – The Lindens.