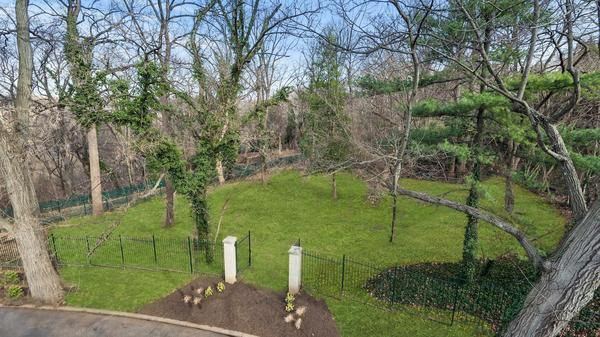 A rare plot of land in Washington’s Kalorama neighbourhood has come on the market. This unheard-of sale really is a once-in–a-lifetime opportunity.

The half-acre site is part of the French embassy garden, meaning you’ll be rubbing shoulders with the great and good. You will also be just around the corner from the Obamas and a street away from First Daughter Ivanka Trump.

The French had bought some extra land for privacy, but now they have decided to liberate their assets and use the funds instead. You can rest assured that the area will have very high levels of inconspicuous security and that the neighbours will be discreet, too.

The selling agents have suggested a neo-Georgian style mansion set, as its neighbours are, quite close to the road. The land is already zoned residential, but there are no current plans drawn up. You can build your home to suit your family needs and your aspirations.

The Kalorama district is fairly central, on a wooded bluff above the Potomac River. The name comes from the Greek for “fine view”, which the poet, Joel Barlow, called his property here, built at the turn of the 18th century. The original house burnt down during the Civil War and the area took its name from that when it was developed from the 1880s. It’s been popular with presidents through the ages. Herbert Hoover and Woodrow Wilson lived here. So did Franklin D Roosevelt and the lesser known Warren G Harding and William Howard Taft, the 29th and 27th president respectively. Their homes are now variously the embassies of Myanmar, Mali and Monaco.

The home you end up with will be tailor-made and finished to your own taste, which should assuage any feelings of unease you might feel at the initial outlay. House prices in the neighbourhood currently range from about $3m to $8m.
There are several schools nearby and excellent bike lanes for the more active student or commuter. Forecasts suggest that house prices here will rise about 2% this year.

The plot of land is on the market for $5.6m. An opportunity like this is unlikely to come up again.

The plot of land at 2221 Kalorama Road NW is being sold by joint agents Alex Venditti at Coldwell Banker and the Morrell-Roth team at Compass.