Around the world on two wheels: Six of the best countries for cycling in 2018 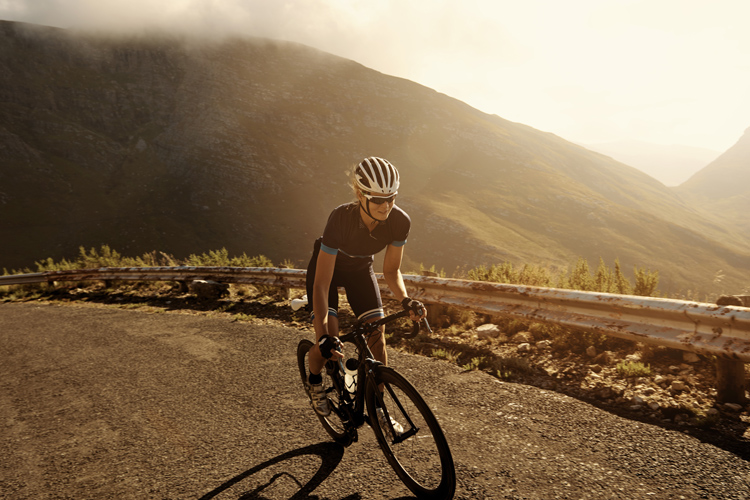 Whether going to work, popping to the shops or heading out for a scenic ride, cycling is an ever-popular mode of transport across the world.

If you’re thinking of moving abroad but want somewhere that caters to two wheels instead of four, keep reading to see the world’s best countries for cyclists.

Denmark often takes the crown for being the best country in the world for cyclists, as it continues to take significant steps to put handlebars above steering wheels.

The small country boasts over 12,000km of cycle routes, along with dedicated cycling bridges in cities such as the capital, Copenhagen.

Getting around the capital is additionally made easier by the ‘Green Wave’ system, which prioritises cyclists at junctions and grants them green lights to speed up journeys.

Denmark will only get more accessible for cyclists over the coming years, but now is still an excellent time to experience a country that has a firm commitment to two-wheeled travel.

Although Denmark is a frequent first-place in rankings for pro-cycling countries, the Netherlands is often runner up thanks to their bike-friendly culture.

Cities including Utrecht and Amsterdam rank highly for cycling, thanks to a raft of measures that make bicycles a safe and speedy way to navigate urban areas.

Routes are highly accommodating for cyclists, with roundabouts featuring dedicated cycle lanes that make junctions easy to navigate instead of a nightmare.

It’s not just cycling lanes that make the Netherlands a haven for cyclists – the country is also the originator of the ‘Dutch Reach’ which helps to reduce injuries caused by open car doors.

A simple way of increasing driver awareness of cyclists, this safety method gives the Netherlands another point of appeal for bike-riders.

As the home (naturally) to the Tour de France, it only makes sense that France features on the list as a top destination for keen cyclists.

The country features challenging mountain routes and calmer rural roads for cyclists, along with cities like the so-called ‘capital of cycling’, Strasbourg.

Other cities that support cycling lifestyles include Bordeaux, Nantes and Paris, although the latter to a lesser extent.

The Vélib’ Métropole bikeshare scheme has recently faced disruption because of a change in management, but major cities around the country continue to operate their own cycling schemes without issue.

France implemented a national cycling strategy earlier this year and is aiming to make two-wheeled transport a much more appealing option for citizens in the future.

This includes rolling out cycling education programmes in schools, as well as enabling tax relief or financial incentives for bicycle users.

While it can be a bit chilly to get around in winter, Sweden is still a good destination for cyclists thanks to its cycling culture and supportive measures.

Bike rental services are present across the country, while bicycle-specific parking spaces and ‘bike garages’ are also popping up.

The capital of Stockholm is a particular highlight for cyclists, and features an abundance of free pump stations across the city to help sort out deflated tires.

As well as ‘basic’ bikes, Sweden also supports electric bicycles, sometimes known as ‘e-bikes’. These are well-suited to tackling hills, allowing you to save your legs for easier stretches.

In its efforts to make cycling appealing to everyone, some of Sweden’s cycling schemes have proven a little too popular – an annual electric bike subsidy scheme might end up closing before the end of the year due to extremely high demand.

Sandwiched between Italy, Austria, Hungary and Croatia, Slovenia perhaps isn’t the first country that springs to mind when one thinks of cycling.

But the Slovenian capital of Ljubljana ticks all the right boxes when it comes to supporting cyclists, through extensive bikeshare networks and ‘bike boxes’.

These latter give cyclists the priority at junctions and are designed to cut down on potential collisions between cars and bikes at intersections.

Outside of cities, Slovenia also offers cyclists lake circuits and idyllic rural roads, which often feature a picturesque mountain range or two in the distance.

Last but certainly not least, Japan is an excellent country for cycling enthusiasts, even before it hosts the 2020 Olympic Games.

Home to some of the biggest car manufacturers on the planet, Japan’s support for cyclists hasn’t been the best in previous decades, but with the coming Games there has been a definite push to make the nation a haven for cyclists.

In addition to rolling out cycling safety courses across the country, the Japanese government has also focused on increasing the quantity and quality of bike lanes nationwide.

For those cycling in urban areas, the risk of theft or damage while parked can be avoided by using quick, convenient and somewhat futuristic underground bicycle parking facilities.

It’s getting easier to cycle across the world with every passing year, but these are the countries where you can get into gear right now and get those wheels rolling.