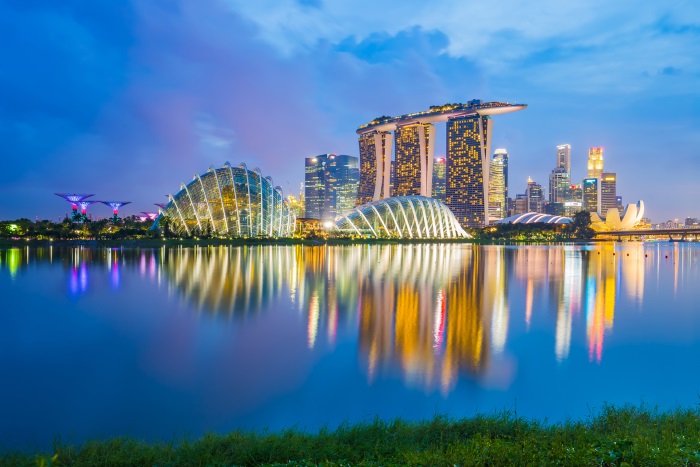 Property prices in Singapore have continued slipping during the first quarter despite moves by the government to begin rolling back some of the measures it introduced to help curb property speculation.

Data released by the Urban Redevelopment Authority (URA) on Monday showed that residential property prices slid by 0.5% in first three months of the year.

While the URA suggests that this is a sign that the market is showing signs of stabilising (with the decline easing from a 1.5% fall in the third quarter of 2016) they also expect there to be further weakness in the property market given the challenges faced by the economy and pressure from the US as the Federal Reserve pursues a more aggressive pace to raising interest rates.

As testament to the effectiveness of the measures introduced by the government to cool the housing market, prices have now fallen for three consecutive years and according to credit rating agency Fitch, home prices are likely to continue falling for the foreseeable future as rising interest rates and oversupply issues weigh on the property market.

In its report, analysts from Fitch Ratings said;
‘We expect further gradual loosening over the coming years, as the authorities balance supporting the market with guarding against risks. House prices are still likely to fall by another 2-5 per cent over the next two years.’

While shares in property developers surged in early March following the sudden reduction in the stamp duty imposed on sellers and the easing of mortgage restrictions, the decline in prices has shown no real evidence of slowing.

Rules were also loosened on the debt-servicing ratio for some mortgages as many of those making loan repayments struggled due to the inflexibility imposed by the government’s initial crackdown, with pensioners in particular being hit heavily by the more stringent conditions.

The government first introduced measures to curb property speculation in 2009 with restrictions placed on mortgage lending, with the curbs being ramped up in 2013 and leading to a dramatic decline in speculative purchases.

While markets expect further rules to be unwound by regulators over the coming months, it appears that the lifting of some of the initial restrictions may have slightly backfired on the property market.

The recent relaxing of property regulations also led to the closing of a tax loophole allowing for the bulk sale of apartments. Many property developers now face the choice of paying fines for missing sales deadlines or discounting these unsold luxury homes in to order to attract more buyers.

With around 2,000 unsold homes possibly leading to fines of around S$647 million in 2017, many sellers are likely to choose to bite the bullet and offer discount – a turn of events which would prompt residential property prices to be pushed even lower.

The lifting of some of the measures was ‘not done in haste’ according to Second Minister for Finance and national development minister, Lawrence Wong who said at the time, ‘our aim is to ensure a stable and sustainable property market in Singapore.’

If you’re considering purchasing a property in Singapore and want to keep an eye on price movements, make sure you follow the latest news from Everything Overseas.