Why is Florida so popular with foreign property buyers? 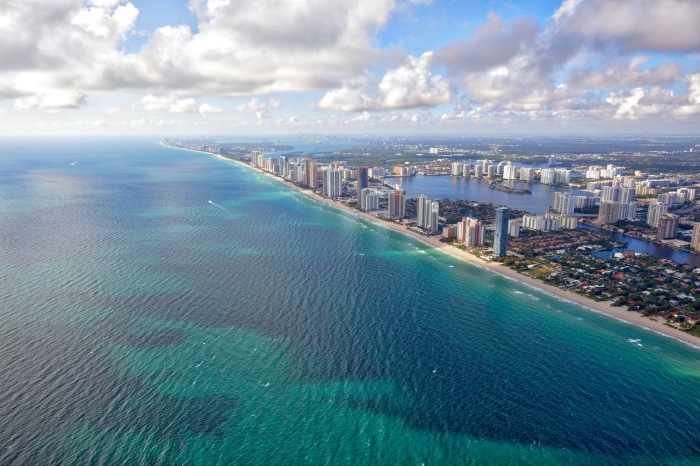 When it comes to investing in foreign property, it can help to look a little further afield than mainland Europe. Lucrative markets are everywhere, especially ‘across the pond’.

The US has a lot to offer to foreign property investors, but the south-eastern state of Florida is a particular hotspot for the prospective buyer. In 2016, Florida was top ranked in a National Association of Realtors (NAR) survey, with 7% of the NAR’s international buyers coming from the UK.

In this article, we’ll be taking a closer look at the ‘Sunshine State’ to see why it attracts countless homebuyers year after year.

It’s called the sunshine state for a reason

Florida’s position just above the Tropic of Cancer puts it in a subtropical region, which means it has a climate similar to southern Spain.

This means almost year-round high temperatures, where the ‘lowest’ can be a comfortable 16 degrees Celsius, compared to average highs in July and August of 28 degrees.

Winter is typically very mild in Florida and while summers can get thermometers climbing, the heat is usually bearable thanks to ocean breezes from the North Atlantic.

Florida does have its rainy seasons, but for the most part the state gets hundreds of days of sunshine a year. This makes it an excellent choice for any looking to escape a lifetime of intermittent drizzle.

Florida might be known worldwide for its beacon city of Miami, but it has more than just beachfront to offer the prospective resident.

At the southern end of the state is the huge national park of the Everglades, a vast wetlands area and one of the many US national parks.

The Everglades can be explored by airboat, on foot and viewed from the air, and offers a glimpse of an extraordinary ecosystem just a few hours away from Miami.

If wetlands aren’t your thing, Florida’s rural areas are also excellent for hiking and exploring, while nature enthusiasts can spot countless animals that wouldn’t be seen in colder states.

Buying property in Florida might mean nature walks and country air for some, but for others the draw of Miami could prove irresistible.

The city is located in the far southwest of the state, and is famous for its beaches, but isn’t actually the state capital (this is Tallahassee, found far to the north on the border with Georgia).

As well as beaches as far as the eye can see, Florida also has the longest coastline in the contiguous United States thanks to its position jutting out into the Atlantic.

Taxes are not a certainty in Florida

While the US has a somewhat notorious reputation for its taxation policies, Florida is one of the exceptions to the rule.

Adding to its allure of soaring temperatures and beautiful beachfronts, the state is also one of the few that doesn’t collect income tax from residents.

This means that earners in Florida bring in more than their counterparts, improving their ability to spend on recreation activities.

There are a few difficulties for US citizens that move from an income tax state to Florida, but if you’re emigrating from overseas you shouldn’t encounter the same issues.

An abundance of choice

Last but not least, Florida is an in-demand state among foreign homebuyers because of its booming property market, with new developments being built on a regular basis.

There are a diverse range of homes waiting for an owner across the state, from inner-city residences to out of town mansions.

This concludes our look at the reasons why Florida is popular with foreign property buyers, but you can download our free guide if you’d like more information about buying in this area.