Are these the most beautiful places to live in Spain? 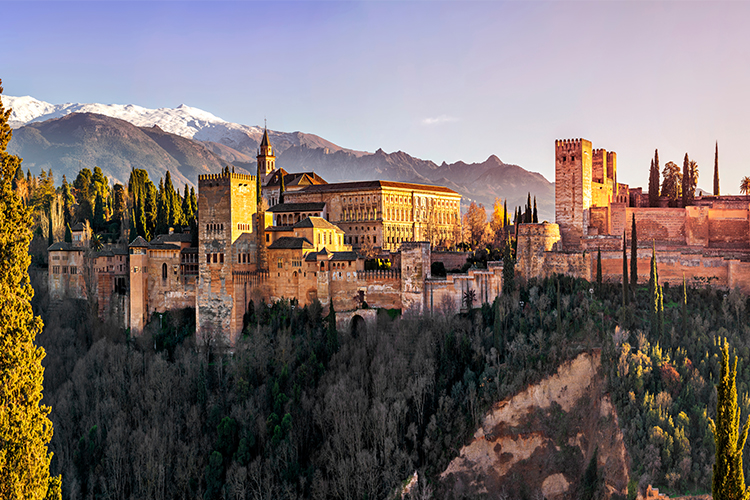 Spain is brimming with picturesque towns, cities steeped in history, inspirational architecture, famous beaches and food that could be considered art in its own right.

But which areas of Spain are the most beautiful? Here we take a look at some of the nation’s most striking locales…

A small fishing village that (according to legend) was founded by Vikings, Cudillero is a unique spot along Spain’s north coast that wouldn’t feel out of place in Italy or even Greece. While it has become more tourist-focused in recent decades, its crystal-clear waters, multi-coloured houses and restaurants serving the day’s freshly caught fish make it a beautiful haven with an incredible, relaxed atmosphere.
Definitely the most relaxed entry on our list, this village is only a short car ride away from numerous gorgeous beaches. Evenings can be spent watching the sun set over terracotta rooves and rolling green hills from one of the many cafés. The compact size of Cudillero means you’re never far from stunning views or welcoming locals.

The capital city of the province of the same name, Granada is a city soaked in history and culture. Granada is certainly most famous for its Moorish citadel and palace, the Alhambra, which is a magnificent sight that never gets old – particularly when nestled among the mountains and gardens during the sunset.
Granada’s sunsets are renowned, but the city is equally well known for its vibrant and exciting nightlife. Despite being such a historic place, Granada is a surprisingly cosmopolitan city which celebrates many cultures and blends old with new. The city is also surrounded by striking scenery.
On top of all this, the cost of living is fairly low (as far as popular Spanish cities go) and the food is divine.

Perhaps the most out of the way location on our list, Cuenca is unique due to its incredible ‘hanging houses’: houses that were built in medieval times on the cliff-sides, with balconies that spill over the edges.
A walled city, Cuenca has long been a favourite for artists to get away from the business of bigger cities and is the home of the incredible Museum of Abstract Art.
Due to being built around cliffs and the Huecar river gorge, breath-taking views are the norm in Cuenca. It’s hanging houses and other architectural wonders have firmed Cuenca’s place as a World Heritage Site. Despite all this though, it’s an affordable place to live and is only about an hour away from Madrid, making it as convenient as it is beautiful.

At around 2,800 years old, Malaga is not just the sixth-largest city in Spain but one of the oldest cities on Earth. Don’t let its age fool you though – Malaga is a stunning mix of historic and modern. Plus, being one of the most southernmost cities in Europe means it enjoys a climate that’s near-tropical, with warm Mediterranean weather throughout most the year!
Of course, being on the south coast means that Malaga has more than its fair share of beaches, but it’s also a bustling and vibrant city filled with activities, culture, festivals, galleries, bars, restaurants… you name it, Malaga has it. Malaga was also the birthplace of Pablo Picasso, so (unsurprisingly) it’s a city where the arts are really celebrated.
As well as being beautiful and exciting, Malaga is a firm favourite with expats, boasting a big English-speaking community.

And that’s just scratching the surface…

There are so many unique and breath-taking locations in Spain, not just to live in but to explore. We didn’t even mention some of the most popular locations, like Valencia and Barcelona – world-famous for their influence and beautiful architecture – or some of Spain’s incredible nature spaces like Monte Perdido and Babia.
Hopefully our brief look at some of the most beautiful places in Spain has inspired you to do some research of your own and check out some of the nation’s stunning sites!