To the ends of the Earth! Four of the most remote places to live 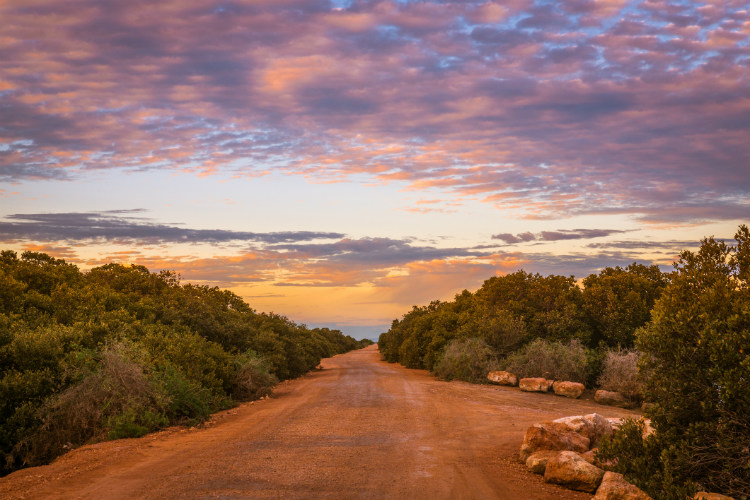 Some expats see emigrating as a chance to get away from the hustle and bustle of modern day life and are looking for somewhere they can experience a more laid-back and family-oriented lifestyle.

It is for these people that we have created this list of four of the most remote locations to live, with the low population density and lack of urbanisation marking them perfect for the introvert within us all. The Faroe Islands, an autonomous country within the Kingdom of Denmark are located a few hundred miles from the north of Scotland. These bleak and remote islands are the ideal location if you wish to enjoy a slower pace of life whilst remaining just a short flight away from the UK and the rest of Europe.

A 2017 estimate puts the total number of people living in the Faroes at roughly 50,000, with the population spread across the archipelago, with most living in the capital of Tórshavn.

A mostly rugged landscape and lack of urbanisation also makes the Faroe Islands ideal for those who enjoy hiking, with bridges and sub-sea tunnels allowing for easily access to most of the more populated islands.

However, if you are looking for somewhere with some sun then you may wish to avoid the Faroe Islands. Just as in the UK, the climate is generally wet, windy and cold, and often snowy. Furthermore, at 62 degrees north, the sun is only up for some five and a half hours in the depths of winter. Another Nordic Island located in the North Atlantic, Iceland is famed for its natural beauty as well as its great quality of life.

Iceland is the most sparsely populated country in Europe, with its population of 333,000 spread across the 40,000 square miles that make up the country. Two-thirds of Icelanders live in the capital, Reykjavík, and its surrounding area.

The Island remains one of the most geologically active countries on the planet. Situated on the Iceland hotspot and Mid-Atlantic ridge it experiences frequent volcanic activity, such as the 2010 eruption of Eyjafjallajökull, which spewed out an ash cloud that disrupted flights across Europe..

However this activity also brings many benefits, such as cheap geothermal power and an abundance of hot springs that residents enjoy year round.

Again, due to its northern location, Iceland experiences a cold, dark and wet climate, so sun seekers may want to look elsewhere!

Vieques is a tropical island paradise located off the east coast of Puerto Rico, well known for its rolling hills and serene beaches.

With the most recent census putting the population at just 9,301 it is easily the least populated location on this list and, although neighbouring Culebra is even smaller, moving to Vieques is a far more realistic proposition given that it already welcomes a number of expats.

Due to being closed off for over 60 years by the US Navy, much of the island remains undeveloped, making its very attractive for someone who likes the idea of an unspoiled paradise with white sandy beaches and gin-clear water.

One of the most amazing natural features of the island is the Bioluminescent Bay. The waters in the bay light up like the night sky due to the presence of glowing micro-organisms living there.

Despite its remoteness the island offers easy access to the mainland by plane or ferry. Furthermore, it’s part of the US postal service network, allowing you to keep some contact with the outside world if you so choose. The population of Australia may be over 23 million, but given that the country is roughly equal in size to Europe (home to some three quarters of a billion people) its population density remains incredibly low.

Away from the main urban coastal hubs such as Sydney and Melbourne, the population is strung out in a series of smaller cities and towns that – in the main – cling to the coasts. Venture inland a bit and you’ll likely not run into anyone in days.

This is mainly due to the interior of Australia being a hot, desolate open dust bowl, with a just few mining towns dotted about. In fact, the largest interior settlement, Alice Springs, has a population of just 25,000.

While the ‘outback’ offers the most solitude for the true introvert, many areas along the northern coast are also sparsely populated, allowing you to enjoy some of Australia’s famed beaches without worrying about finding a place for your towel!

If however you feel in need of somewhere with a little more human contact then check out one of the many other expat-focused articles on Everything Oversea. You are sure to find somewhere to your liking!