The house that Cher built is on the market 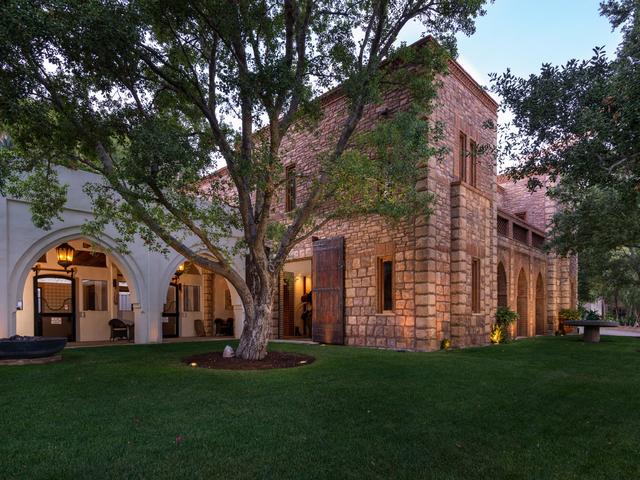 If you could turn back time, you’d find Cher living in this Beverly Hills mansion. The singer had it built to her own design and specifications in the 1970s, when she had already sold more than 40 million records. Although she has owned dozens of houses over the years, she once told Architectural Digest that the property in Benedict Canyon was the only one she ever had any emotional ties to.

The Goddess of Pop is the only artist to have had a number-one single in the Billboard charts in every decade from the 1960s to the 2010s. As well as being a singer and songwriter, she’s an actress, an author, a film producer and a fashion designer. Her penchant for design and her film-set influences can be seen in this property. She told People magazine that, in fact, she and her architect, Ted Grenzbach, got a lot of their ideas from the souvenir book that came with the TV movie ‘Jesus of Nazareth’.

Located in prime A-lister territory just west of Hollywood, this home has had an extra helping of star-studded attraction in the form of actor and funnyman Eddie Murphy, who bought it from Cher in 1988. He sold it to the current owners in 1995 and they bought more land, making it into the 16-acre estate it is today.

The 11-bedroom house features Spanish, Egyptian and equestrian influences with its rustic brick interior walls, beamed ceilings and stone floors. There’s a Moorish-style guest house, further staff accommodation and a five-star stable block for your ponies. Horse-lovers will be like the gravelled riding arenas and a meandering network of private hacking trails within the extensive grounds.

There’s also a shady tennis court, bursting with electric pink bougainvillea and a swimming pool with an enticing outdoor living area. The well-groomed borders and extensive lawns are maintained by a team of eight gardeners.

You’d have to factor in possible staff costs on top of the $85m price tag as this is a large property. The vendors employed two housemaids and a chef as well as the gardeners. That level of staffing would not be at all unusual in this neighbourhood. Just minutes from Rodeo Drive and Sunset Boulevard, the property boasts the ultra-exclusive and sought-after zipcode 90210.

Selling agent Aaron Kirman, from John Aaroe Group, said: “The unparalleled privacy and acreage in Beverly Hills combined with the equestrian component and riding trails makes this a unique opportunity for a buyer looking to own a true trophy estate.”

The property is on the market for $85m through Aaron Kirman, President of the International Estates Division of John Aaroe Group (http://www.aaronkirman.com/listing/cms/the-trails-of-beverly-hills/)