Steve McQueen’s Hollywood Escape could be yours for $2.5m 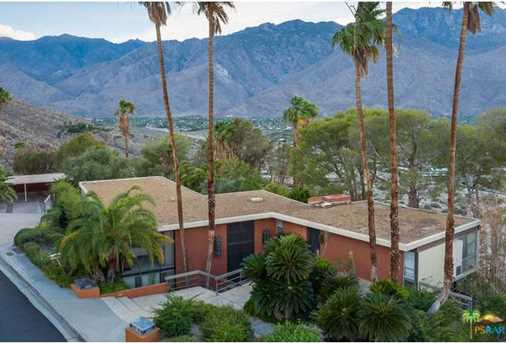 He was the King of Cool. A legendary actor who starred in movie classics from Bullitt and The Great Escape to The Getaway and The Thomas Crown Affair. Now one of Steve McQueen’s favourite homes, an impressive modern residence on a one-acre lot in Palm Springs, California, is for sale.

This is the place he shared with Ali McGraw, who he married in 1973, although he bought the house a few years earlier, when he was still with his first wife, Neile Adams. He kept it as his bachelor pad and told a Santa Monica decorator to decorate it as if it belonged to a man.

It was built by renowned Coachella Valley architect Hugh Kaptur in 1964. He recalls that he was experimenting with lots of floor-to-ceiling glass and floating elements. “I was pretty young then,” he says, “and I was still learning by looking at other architects.” He considers this his Richard Neutra phase. Neutra was considered one of the most important modernist architects.

“You can’t really tell the structure of this house from the front,” says Kaptur. “The pools, the decks, the views — it all happens in the back. It’s one thing I couldn’t change, due to the terrain; and I guess it’s somewhat typical of Palm Springs.”

It consists of two intersecting glass boxes framed in steel, cantilevered over the rugged hillside. Double height doors mean the property is flooded with light and those inside enjoy panoramic views of the San Jacinto mountains. Features include a floating staircase, cypress panelling and terrazzo flooring. Petrolhead McQueen liked the triple carport and extensive parking area.

There are four bedrooms, a large family room, an eat-in kitchen and a spacious terrace. Its current owner says: “It’s an amazing space: a clean, modern, post-and-beam projecting cube with a heavy overlay of late ‘60s high groovy.”
Much of the McQueen décor has been retained, including sculpted carpets, geometric wallpaper and an unusual hand-carved stair railing.

The property is for sale through Coldwell Banker for $2.5m (https://www.coldwellbankerhomes.com/ca/palm-springs/2203-southridge-dr/pid_12412894/)