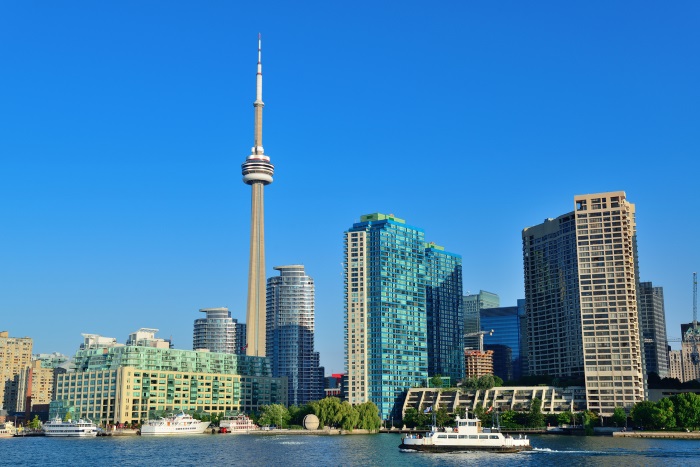 The average cost of Canadian property rose by a record-breaking 1% across the country in February – this has emphasised the chronic overheating of the Canadian property market, which has seen average prices rise for 13 months in a row.

Toronto, the capital of Ontario province, has been the worse-affected by soaring costs. On the year in February, the average price of property in the city rose by 23%, giving Toronto the fastest growing house prices in the world.

Other notable year-on-year house price rises in February have been Hamilton at over 18%, Victoria at around 16% and Vancouver at over 14%. Overall, the average price of Canadian property is now in the region of $612,997, a rise of 5.3% from this time last year.

Two exceptions to the ballooning housing markets have been Edmonton (which saw little movement on the year in February) and Quebec, which has seen property prices fall by just under –2%.

With Toronto and the Greater Toronto Area (GTA) seeing the greatest rate of price rises, officials have been exploring measures to cool the market. This provincial intervention is essential in the wake of the 2017 Federal Budget, which largely left the issue of ballooning house prices unaddressed.

Following a 15% foreign buyers tax imposed in 2016 in British Columbia, Ontario Finance Minister Charles Sousa has proposed a similar tax in his province, stating;
‘I’m concerned about…the ability of people to enter the marketplace. (There are) bidding wars everywhere you go [and] I’m sensitive to the degree of fast appreciation in the short term and what that will do over the long term.’
Sousa has remained cautious about committing to a foreign buyers tax, however;
‘If there’s an appreciation happening and you start to poke a bubble, to what extent am I then implicating something with unintended consequences for other parts of the region? If we do something in Toronto, what does that mean for Hamilton or Guelph?.’

Offering opposition to such a tax has been Toronto Property Developer Brad Lamb;
‘It could…precipitate a Canada-wide recession. If we enact a 15% investor tax [then] they’re gone. They’re not buying here. Everyone sits on their hands and they don’t buy. It’s a self-fulfilling prophecy. People wait a year and then say, “Look, prices have dropped 3%”.’

For those looking to buy Canadian property in the future, it may be worth scouting around in British Columbia, as well as Newfoundland and Labrador. In both provinces, the Canadian Real Estate Association (CREA) forecasts prices to fall by over -5%. The CREA additionally sees a -2.8% drop in average prices in Saskatchewan in 2017.