Can you still get property bargains in Australia? 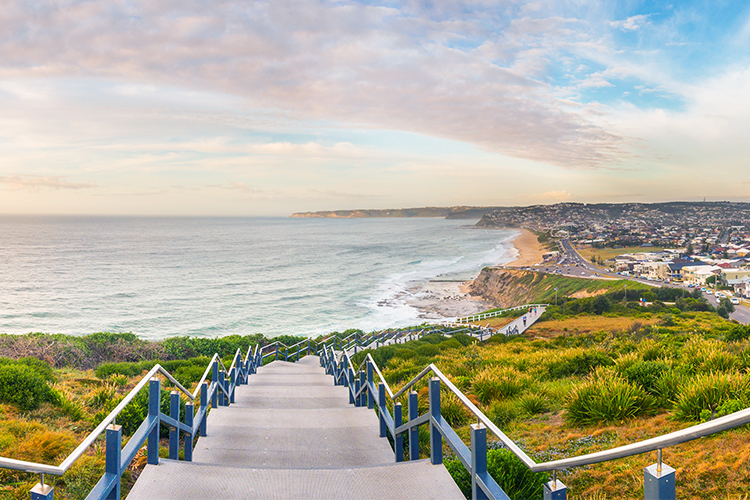 Australia and cheap property prices are not often uttered in a single sentence. More often than not, any discussion regarding property prices in Australia revolves around the eye-watering prices seen in Sydney and Melbourne.

However, don’t give up on your dreams of escaping down under and owning your own home just yet, If you know where to look you there are a still few Australian property bargains to be found.

While its name may leave something to be desired, the inland mining city of Broken Hill, in New South Wales, is seen as a rich piece of Australian heritage.

Often referred to as ‘The Silver City’ due to its association with the numerous silver mines dotted throughout the area, Broken Hill offers a much slower pace of life compared with its metropolitan cousins.

If you’re looking for affordable real estate in Australia, Broken Hill is a solid choice, with three bedroom homes being found for as little as $79,000, the trade-off being of course that you lose immediate access to Australia’s golden beaches.

But if this isn’t a deal breaker for you, Broken Hill is a great opportunity for any family looking to move to Australia on a budget.

Gladstone, located in Queensland and home to one of Australia’s largest ports, could be the ideal local base for anyone wishing to explore the east coast of Australia.

Serviced by Gladstone Airport (just 10 minutes outside of the city centre) and offering regular flights to Brisbane to the south, as well as being a major stop on the North Coast railway line, Gladstone offers great links to the entire east coast.

Even without going far there’s plenty to keep you busy in Gladstone, with its marina offering you direct access to the surrounding Boyne Island and Tannum Sands, both of which are famed for their beautiful beaches.

Apartments in Gladstone sell for an average of $121,000, while a small three bedroom house can be yours for as little as $149,000, giving you the ability to purchase coastal property for a fraction of the price demanded elsewhere in Australia.

While Sydney may be out of the price range for many, if you’re looking for a property within a couple of hours of Australia’s largest city you may want to consider the old Mining port of Newcastle.

While once known for its coal exports, Newcastle is now fueled by a large coffee industry, which has led to a popular café and restaurant culture, energising the local nightlife and making the city increasingly popular among young professionals.

Its proximity to Sydney and golden beaches does put a slight premium on property prices in Newcastle however, with median prices running at around $590,000.

Fortunately these prices appear to have started falling in recent months, suggesting the market may have peaked and making it more attractive to prospective buyers.

Nhill (roughly translated as ‘white mist rising from the water) in Wergaia is a small farming town located in Victoria, around 233 miles north-west of Melbourne.

Known for its wide boulevards, lush green lawns and vast tracks of surrounding farmland, Nhill offers young families plenty of room to grow and with a median house price of around $146,500, property in Nhill is well within budget for most.

Being just a short drive from surrounding lakes and national parks and hosting a local show every year in October means Nhill also has plenty to keep you busy.

Nhill is also celebrated for its vibrant and welcoming community, having resettled over 160 refugees from Myanmar over the last decade. You can be sure to expect a warm reception from the locals should you choose to move to Nhill.

If you have your heart set on living in one of Australia big cities but balk at the prices being asked on the mainland then you may wish to consider Hobart.

Hobart is the most populous city on Australia’s island state of Tasmania and also holds the title for the most southern of Australia capital cities, but most importantly it’s also one of the cheapest of Australia’s main cities.

Houses are a little more pricy than some of the other locations on this list, with median prices running about $402,000, but given that homes in Melbourne and Sydney average at over $1m, it can be seen as a veritable steal.

And to be fair you do get what you pay for with Hobart, with the breath-taking backdrop provided by Mt Wellington and the city’s rich arts and culture, which has helped give birth to Hobart’s many thriving restaurants and cafes.

This article only provides a small overview of Australia’s vibrant housing market, but hopefully it’s given you some idea of what you can expect to pay should you choose to relocate to Australia!