Earning a packet Down Under: best paying jobs in New Zealand 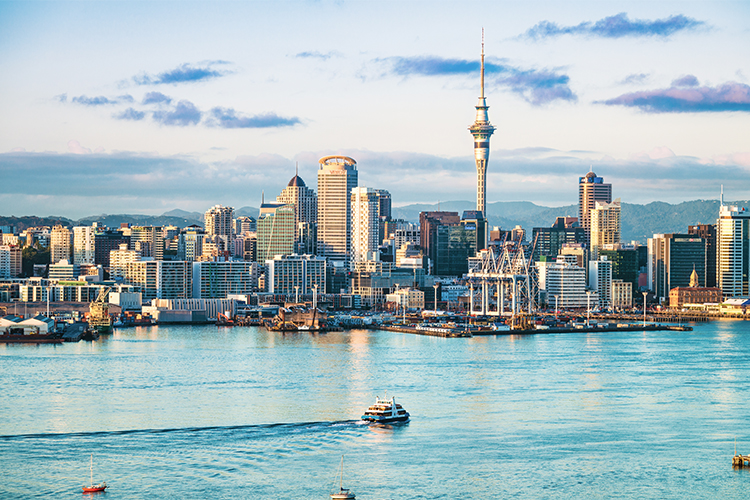 Emigrating to New Zealand for work is becoming increasingly popular, with a skills shortage and a welcoming workplace culture drawing prospective employees from across the world.

Not everyone wants to go in at the bottom of the ladder, however, so in this article we’ll be looking at some of the most highly-paid jobs available in New Zealand.

Making money in the IT sector At the lower end of the top-paying scale (relatively speaking) are jobs that are connected to IT services and logistics, starting off with the role of IT Manager.

These individuals can earn £69,145 each year, dependent on experience and the size of the company in question.

IT Managers are effectively the go-to people for anything IT related that a company might need, whether it’s setting up networks, researching new software solutions or upgrading system security.

A more specialised IT role that can bring in a higher salary is IT Architect.

As the title suggests, these individuals build and maintain computer networks and can earn up to £85,019 per year for their troubles.

The position is harder to obtain than an IT Manager, as it often needs extensive experience and qualifications for candidates to be considered.

Rounding off this collection of the ‘lower-paying’ top jobs in New Zealand is the position of Procurement Manager (PM).

PMs manage supply chains, making sure that goods from suppliers get to customers and that raw materials make it to manufacturers.

Prior experience in logistics can be a major help when seeking this kind of role and the most experienced PMs take home an average £106,371 each year.

Getting your hands dirty Further up on the pay-scale are a pair of productive roles related to the mining and construction sectors.

Being a Building and Construction Manager in New Zealand can bring home £79,705 per annum, depending on the role and where it is located in the country.

As with IT Managers, this is more of a planning and logistics than an acting role, with managers expected to organise tasks for workers in order to ensure the timely progress of projects, whilst keeping an eye on costs.

New Zealand is famed as a place of rolling hills and natural beauty, meaning that farming plays a big part in the country’s economy. But beneath all that scenery there lies a less well-known industry: mining.

Despite opposition from environmentalists, the industry remains lucrative, so much so that a Mine Manager in the country can earn up to £82,353 a year. Quarry Managers, meanwhile, can earn an even higher £111,606 per annum.

As well as possessing managerial experience in mining, successful applicants will also need a Certificate of Competence to be able to work in the sector.

Top jobs for the medically-minded Moving into the medical sector, a well-paying position that isn’t for the squeamish is that of Pathologist.

These highly-skilled individuals have a variety of duties around the hospital, whether analysing bodily fluids, diagnosing diseases or conducting autopsies.

The role is understandably not for everyone, but due to stiff competition experienced Pathologists in New Zealand can earn up to £114,750 each year.

Perhaps less off-putting is the position of Anaesthetist.

Tasked with administering anaesthetics before and during procedures, Anaesthetists in the public sector can earn up to £114,750 each year, while in the private sector this can balloon to £318,781.

Becoming a Pathologist or Anaesthetist in New Zealand takes many years of academic work and experience, but as these figures show, the effort can pay off in the end. One of these roles is that of Elected Government Representative, which takes a bit of initial legwork but also has no qualification requirements.

You’ll have to become an NZ citizen to be eligible, which means spending five years in the country, settling down and having a good character and English fluency.

Pay grades are varied for elected officials – mayors in New Zealand can take home £143,455 a year, while MPs’ salaries start around £85,007.

For the more legally-minded, becoming a Judge is a sure-fire pathway to wealth, with top figures in the profession earning up to £251,315 each year.

A legal degree and at least seven years of experience as a solicitor or barrister are needed, but in terms of salaried incomes being a Judge is New Zealand’s best-paying job.

Last of the bunch is being a Managing Director or Chief Executive Officer, which has a highly variable salary but can bring in £371,911 at the top of the public sector and a whopping £2.4m a year in the private sector.

People who manage to land one of these roles will be dedicated to their companies and are committed to ensuring their success and prosperity through development and new policies.

So, if you think you have what it takes to land one of New Zealand’s top paying job, perhaps it’s time to jump on that plane and head Down Under. Don’t forget to pack your CV!