A Guide to the Education Options in Spain 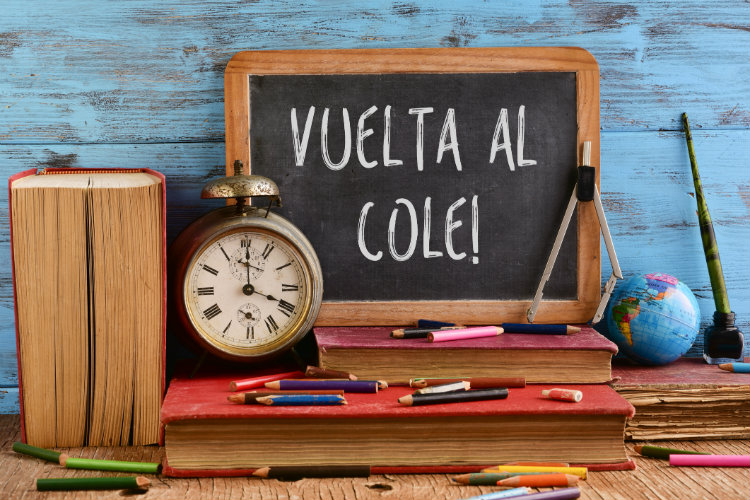 An Overview of Spanish Schooling

Families making the move to Spain inevitably face the conundrum of picking where to enrol their children – a somewhat daunting task when one factors in the language barrier and the number of options that are available.

However, the decision need not be a daunting one.

So, let’s get the key facts out of the way:

State (public) schools in Spain are free to attend and significantly more numerous than the alternatives – meaning they are far more likely to be available to you locally. Beyond this, state schools are ideal if you are planning on staying in the country long-term, as children that attend them often end up better integrated into the Spanish culture and community than children that don’t.

The primary language within these schools is, of course, Spanish, which is particularly useful if your child is under 10 years old. The approximate time-frame for your child to pick up the language at this age is around six months.

If this proves problematic, however, then there are intensive language courses supplied for children to help them learn quickly, with plenty of private courses also available on the side.

With respect to quality, like anywhere in the world it varies, and whilst there isn’t an official ranking system like in the UK, Spanish newspaper El Mundo does publish a list, which can be accessed here.

Over two-thirds of children in Spain are educated in the state school system, which has improved considerably over the past few years. Qualifications are now entirely transferable if your child wants to study at a university elsewhere, such as in the UK.

It should be stressed, however, that despite an overall improvement, shortcomings still exist on a school-by-school basis and many state schools are still not on a par with private institutions.

Providing a birth certificate, passport, immunisation records, proof of residence and proof of homologación (evidence of prior study in your home country’s education system)

There are several different types of fee-paying schools in Spain, but they can generally be split into two categories: private and private international.

If you’d prefer to educate your children in line with the British system then, worry not; there are plenty of options available through international schools. These are institutions independent from the Spanish educational system that follow the curriculum of another country.

It goes without saying that British international schools have a higher percentage of English-speaking, British students. This could be handy if you think a diasporic leap into a state school could be too much for your child to take on board.

Indeed, these can be the perfect solution for expat parents in Spain as they provide an easy transition between cultures.

That being said, space at these institutions tends to be limited and the application process can be lengthy – so it pays to begin researching and submitting applications months in advance.

The National Association of British Schools in Spain (NABSS) provides an extensive list of member institutions as well as locations, which can be found here.

In terms of the education they will receive, international private schools tend to provide a bilingual approach, with an English-language focus, although the extent of this differs from school to school.

Spanish private schools tends to be cheaper on average than either the international schools or what you’d expect to pay in the UK, although many are not as accommodative to non-Spanish speakers so be sure to check what provision is available.

So, you’ve probably got an area in mind, you’ve narrowed down your choices, but what’s your next step?

Beyond searching the internet for reviews and rankings, there are some aspects that will differ from school to school that are best found out by contacting them directly.

We hope that you found this short overview useful. It can often be unnerving for those dreaming of a life abroad, but with enough research the process can be made simpler – with far fewer unnecessary and unwanted surprises.

For a more in-depth insight into moving to Spain be sure to check out our Spain page here.