Spanish property prices are on the up 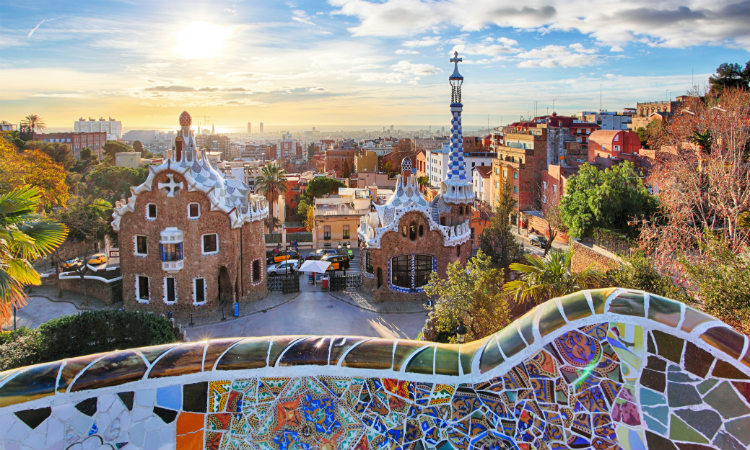 Spain has always held an attraction to foreign property buyers, whether they’re looking for a holiday home or planning to join one of the thriving expat communities in areas like the Costa del Sol.

When the late 2000’s financial crisis hit, however, Spain’s property market took a significant hit, with the country plunging into a period known as the ‘Great Recession’.

But times are changing, and now the Spanish property market is considered by some to be well and truly on the road to recovery.

Prices have been rising across the board, which presents new risks and opportunities for both those looking to enter the market and long-term residents looking to sell up.

Taking a closer look at Spain on a regional basis, Madrid, Catalonia and the Balearics have seen the sharpest property price rises.

On the year in June, Madrid saw a 10.9% increase in home sale prices, Catalonia was close behind at 9.3% and a reported 7.4% increase was seen in the Balearics.

A band of regions flowing from west to east saw much smaller price rises.

Extremadura recorded a 0.4% rise, Castilla-La Mancha saw a 0.8% increase in prices and Murcia a comparatively minimal 0.3%.

Only one of Spain’s regions, Asturias, saw an average decrease in property prices, with values dipping -0.3%.

Across Spain as a whole, a 5.6% overall rise in property prices has been seen, which shows the extent of the nation’s economic rebound.

The good news for those looking to sell their Spanish property is that prices are predicted to continue rising in the future, in a long-lasting show of economic resilience.

Solvia, the property wing of Sabadell Bank, has estimated that average Spanish property prices will rise by 7.3% by 2020, while Bankinter have offered more immediate forecasts for a 4-5% increase in 2018.

Both banks also expect the rate of property sales to pick up in the period leading to 2020.

Commenting on a specific part of the market has been Florian Fischer, Managing Partner of Engel and Volkers on the island of Ibiza.

As an island, Ibizan properties often sell at a premium, as Fischer says;

While Ibiza has an international reputation as Spain’s ‘party island’, it has an all-year appeal to potential buyers – Fischer continued;

Another voice on the matter has been Lucas Fox Co-Founder Alexander Vaughan. Looking at Spain’s economic prospects, Vaughan is hopeful;

‘Spain’s economy is the fastest growing in the Eurozone, bringing greater confidence back to the property market. We have seen growing interest from property investors, who now regard Spanish real estate as offering excellent potential for capital gains and profitability through short and long term rentals’.

While they may have sparked protests against tourists, short-term rental and ‘home-sharing’ companies like AirBnB are also contributing to higher prices, according to Bankinter’s experts;

‘As the overnight stays in private tourist apartments and flats increase, the prices of more requested areas will rise due to the additional profitability that this tourist renting provides.”

These are all signs that the Spanish property market is becoming a hotter prospect for potential owners and hopeful sellers alike, so keep an eye on the Everything Overseas news section for further updates.