Top Five places in Spain to bag a property bargain 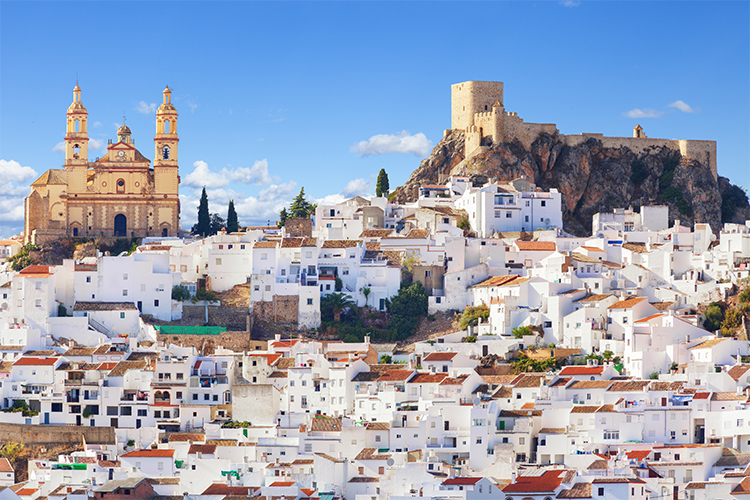 Spain is one of the world’s premier destinations for anyone looking to find their own little place in the sun.

But with expats flocking to the country and snapping up more properties each year, are prices still affordable to the average buyer?

Well they certainty can be if you know where to look. Here’s our list of the Top Five places in Spain to bag yourself a property bargain!

Situated near the east coast of Spain, less than 25 miles from Valencia is the beautiful town of Buñol.

With a population of just 9,000 and average property prices of just €116,955 Buñol is the perfect place for anyone looking for a reasonably priced property in eastern Spain.

Nestled within one of Spain’s many mountainous areas and sitting along the river which gives the town its name, Buñol is noted for the beauty of its surroundings, which feature a 60m waterfall that sometimes appears at some nearby cave systems.

Just be aware that Buñol is also home to one of Spain’s most unusual fiestas, when 40,000 people descend upon the otherwise sleepy town every August to hurl over 145,000 kilograms of tomatoes at one another as part of the annual La Tomatina festival.

Those looking for a real Spanish property bargain will struggle to find anywhere offering better value than the town of Martos.

Located inland in Jaén province and famed for its sea of olive groves, the average price of a property in Martos’s charming and historic old town runs at just €38,420. This is a fraction of what you may pay elsewhere.

Despite a population of around 24,000, Martos is relatively unknown to expats, making it a prime location for anyone who wishes to truly immerse themselves in the local culture.

You needn’t worry about transport links either, with Granada City, with its airport and train station, just 90 minutes away it’s a breeze to explore the rest of the country.

If you have your heart set on a coastal property, then look no further than the sunny shores of Torrevieja, in the south-eastern Alicante province.

You will of course have to pay a premium for your proximity to the sea, but with the average asking price in Torrevieja reaching around €129,950 and with apartments being found for as little as €82,000, you will likely find property prices in the city are far more reasonable than other areas along the Mediterranean.

While it may offer better value, the sun shines just as bright in Torrevieja and you can expect temperatures to average around 30 °C during the summer.

Torrevieja is also a popular location for expats and its population of 105,000 features a strong contingent of British and Irish residents. This inevitably means many familiar home comforts are available and makes it relatively easy to assimilate into the local community.

4. Mula – drums and dreams for not much moolah

Situated in a fertile valley in the province of Murcia and watched over by the imposing Vélez castle, Mula is hidden gem in Spain’s property market.

With an average asking price of €62,150 and some townhouses even starting as low as €22,000, Mula offers the price-conscious the perfect place to set down roots in Spain.

Located just outside of Mula is also the region’s famous spa baths, built by the Romans, local residents swear by the therapeutic properties of the hot springs.

Mula is also home to La Noche de los Tambores – the Night of the Drums – an annual festival which sees the ground tremble as thousands of people play the drums throughout the night on the Tuesday before Easter, so maybe not the best place for any light sleepers out there!

If you are looking to snap up a Spanish property bargain, then you should consider the quaint town of Olvera, situated in the province of Cadiz in the south-west.

It’s almost impossible to resist Olvera’s charms, with its chalk white homes cascading down the hill below the Castle and Church which dominate the town’s skyline. As the locals say, ‘Olvera is a street, a church and a castle, BUT what a street, what a church and what a castle!’

With an average asking prices of €84,750 and fewer than 9,000 residents Olvera is an ideal location to settle for anyone who is looking for a real sense of community, with many businesses in the town being run as cooperatives.

One tip when looking for a home in Olvera is to seek out a property with a roof terrace. There’s nothing quite like some alfresco dining while looking over the spectacular mountain views offered by many parts of the town!

With a little bit of spare time and extra work you will likely find there are many more great deals to be found on property throughout Spain, that are just waiting to be snapped up.

However with prices continuing to steadily rise, these deals may not last long, so if you want to score a real Spanish property bargain then you will need to act fast!