Where next for house prices in Florida? 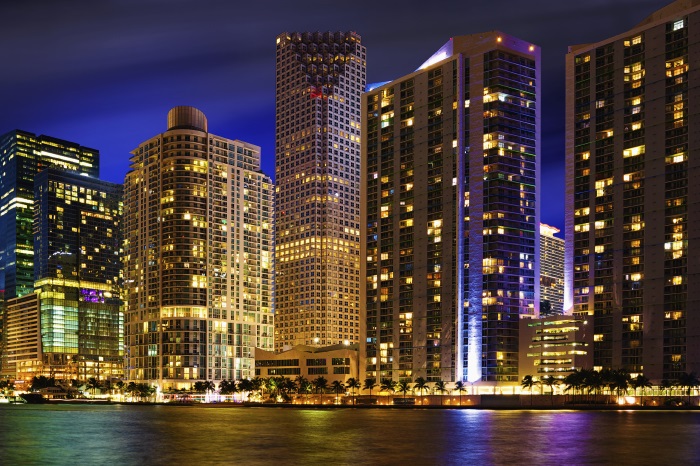 Property prices have risen by 6.6 per cent over the past year and further growth is forecast this year. Florida is back on its feet.

It has always been known as the Orange Juice State, but eight years ago, it looked like Florida had run dry. House prices plummeted, and some homeowners found themselves out of pocket, and squeezed down to their last pips. That is the bad news. But take heart, because the sun has now come out from behind the financial clouds.

Which means that although bruised and battered, the Florida homebuying market is back on its feet again. And although you can spend 68 million dollars on a beachfront mansion in Naples, there are a surprisingly large number of places for sale at under $175,000. Not just tiny apartments, either: three-bedroom homes within easy reach of the sea (of course, you’ll need a car).
Then, of course, there’s the sunshine. Temperatures in Florida go down to a pleasant 15 degrees Centigrade in winter, and up to 30C in summer. As for hills, there aren’t any. The state may have 67 different counties, and measure 447 miles long by 361 miles wide, but the highest point in the state is just 345 feet above sea level. For years, then, Florida has been thought of as the easy-going “snowbird” state. The place where white-haired folk came to retire and put their feet up. True enough, it’s still a magnet for people from all over the Americas: 16 per cent of purchasers last year came from Venezuela, 12 per cent from Argentina, 11 per cent from Brazil, eight per cent from Colombia and seven per cent from Canada.

More recently, though, younger buyers have been flocking to Florida, attracted by the sun, beaches and affordable prices.
Not least the Brits; three thousand of them move to Florida each year. Not, that it’s obligatory to live there all year round. Sixty-one per cent of Canadians, for example, only occupy their Florida homes for three to six months of the year. The key thing to find out before buying, though, is that you will be allowed to rent your place out the rest of the year; in some places, State laws forbid that.

A good way to find your feet in the Florida market, is to search for properties that are being marketed through firms that are regulars on the internet, such as Zillow (www.zillow.com). That way, you get a clear picture of what you can get for your money.

Unlike the UK, though, there aren’t buying and selling estate agents, just a single realtor, who not only helps you find the house of your dreams, but does it for free: the bill goes to the vendor not the buyer. At the same time, though, you need to find out exactly from your realtor what you will have to pay in terms of taxes and other legal expenses.

Next question to ask yourself, is which part of Florida to buy in? On the north-east coast, there is Jacksonville and Daytona; in the south-east Miami and Fort Lauderdale, on the west coast Tampa and St Petersburg, and in the south-west Fort Myers and Naples. So what is there to do in Florida, apart from swim and sunbathe? Plenty. It’s the home of Disney World, Universal Studios, Sea World, Busch Gardens, the Kennedy Space Center and the lovely Everglades. Which means there’s no shortage of tourists: some 76 million per year.

When buying a place, a deposit is required the minute the contract is signed, and many overseas buyers make use of a currency transaction service, who can save you up to $4,000 dollars for every $100,000 you are paying out.

No need to worry about getting lonely, either. As well as you, there are some 20 million other people living in Florida. Like so many of us, they are drawn there by the sun!