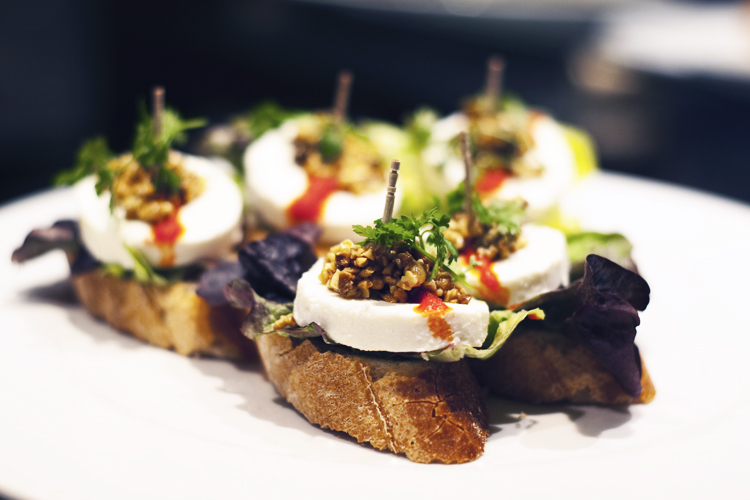 It’s well known that Spain’s dining scene is considered heavenly to a lot of foodies out there, but with so many wonderful restaurants, how exactly would you go about finding the best of the best?

Of course, everyone has a restaurant that they’re particularly fond of. But for those foodies who want to go a step further and sample dishes from those places reviewers all around the globe rave about, check out this Top 10. You won’t go wrong with any of these…

San Sebastián is particularly well-known for its great food. Many of the restaurants on this list are there, including our first entry, Akelaŕe.

Chef Pedro Subijana has been working at the restaurant since the 70s and has been awarded three Michelin stars for his work. The eating experience is also said to be amazing as the restaurant has spectacular views of the Bay of Biscay.

Given its location and pedigree, it may not be surprising that one of the three set menus is priced at €175 per person. There is an a la carte too, including lobster and caviar, but the set menus are the ones that foodies go crazy for.

Quique Dacosta is named after its head chef – and his restaurant is another to have earned three Michelin stars. Dacosta is considered a leader in Spanish avant-garde cuisine and all his ingredients are sourced from within 75km of his kitchen.

The restaurant’s food aims to focus on ‘lost ingredients and forgotten flavours’, with set tasting menus of numerous minimalistic dishes – with some of these featuring over 30 tasters.

While not yet as famous as some of its peers, Dacosta’s blend of traditional Spanish cuisine with more experimental and off-the-wall ingredients, like oak bark and the occasional medicinal herb, is sure to make a lasting impression.

Just north of Barcelona, Sant Pau is the brainchild of chef Charme Ruscalleda – another chef with three Michelin stars under her belt.

Ruscalleda’s dishes are grounded in traditional Catalan dishes with a modern twist, and the restaurant’s set menu changes depending on the season. The food is inspired by the philosophy of ‘del cap al plat’ – translated as ‘from the head to the plate’ and meaning the creative process of inspiration she uses to create her signature dishes. The medium-rare Iberian pork appears to be a particularly popular choice.

Different parts of the restaurant evoke different moods – from romantic to an upbeat summer vibe – so you can choose which best suits you. If you’re in Barcelona and want to dine somewhere special, Sant Pau is well worth making the trip for the travelling foodie.

Located in the town of Larrabetzu in the Basque Country and integrated into a hillside vineyard, Azurmendi’s menu focuses on stylish and eco-friendly meals that are as good for the environment as they are interesting and pleasant to look at and taste. In fact, 2014 saw Azurmendi recognised as the most sustainable restaurant in the world! It produces and uses renewable energy, harvests rainfall for its greenhouses and toilets, and much more.

Of course, it’s no question that the food is delicious too. Azurmendi’s head chef Eneko Atxa has been awarded three Michelin stars for his restaurant and the eatery is regularly ranked among the 20 best restaurants anywhere – proving that having top eco-credentials certainly does not mean a loss of quality.

While not a restaurant awarded many Michelin stars (yet), Tickets is an up and coming tapas bar in Barcelona – and critics say there’s nothing else in the world quite like it. It has been quickly climbing up the ranks, and for good reason.

Tickets could be described as a theme park wonderland of cutting edge tapas dishes prepared in a multiplicity of styles, with the diner featuring open kitchens where you can see the high octane chefs at work. You can expect typical tapas dishes but reimagined in fun, and delicious ways.

Head chefs Albert Adrià and Fran Agudo, with help from Albert’s brother Ferran, have been described as giving tapas a ‘Willy Wonka’ level of magic. It’s also worth noting that Albert was named the world’s best pastry chef in 2015.

It contrasts quite heavily in style with some of the other more ‘refined’ entries on this list, but anyone who loves their food with a bit of childlike wonder is sure to love the experimental and indulgent atmosphere of Tickets.

Entering the Top 5 with a solid entry, Martin Berasategui’s eponymous restaurant has proudly held three Michelin-stars since 2001 and seems like a safe bet if you’re looking for a top quality dining experience. There’s rarely a bad thing said about Berasategui’s well-established eatery, with over 1,400 TripAdvisor reviews averaging at 5 stars.

Berasategui’s dishes mix traditional cooking with techniques that bring out powerful and unique flavours – perhaps this is why he is one of the few chefs with the honour of running two three-star restaurants (the other being Restaurante Lasarte in Barcelona).

Located in the town of Lasarte-Oria, just outside San Sebastián, Berasategui’s restaurant is part of why San Sebastián has more Michelin-star restaurants per capita than any other city on Earth. The menus are pricey at around €200, but Berasategui’s amazing track record of diner satisfaction speaks for itself.

Arzak is a celebrated establishment co-run by head-chefs Juan Mari Arzak and Elena Arzak. A well-established family business, Juan Mari made the restaurant into the three Michelin-star restaurant it is today and his daughter Elena now runs day-to-day business. Elena was given the award for World’s Best Female Chef in 2012.

Arzak aims to create unique and modern dishes with rich Mediterranean flavours, and its most famous dishes include its ‘Red Egg’ made with piquillo peppers and pig trotter meat. Its most popular and highly recommended set menu is the 16-course taster menu.

Arzak’s food has long been at the forefront of modernising cuisine all around the Basque Country and Spain as a whole – and it looks likely to stay that way for generations to come.

Recently ranked in the world’s Top 10 best restaurants, Andoni Luis Adruiz’s Mugaritz is considered by some critics to be the next pioneer in Spanish cuisine. Usually known simply as Andoni, the head chef is a former apprentice of Ferran Adrià’s and has already won two Michelin stars since his eatery opened in 1998.

Mugaritz has no menu – instead its intuitive and ingenious kitchen staff ask you to trust them as each patron is taken through a meal of over 20 unique and innovative courses.

The courses and drinks differ slightly depending on the time of year and sometimes even from customer to customer, so the restaurant is full of surprises for your palette. One thing’s for sure though, most diners end up leaving having been blown away by the food’s tastes and sensory affects – so It’s going to be worth that €220 price tag.

A little more rural than most of the others on this list, Asador Etxebarri is nonetheless a regular in lists of the world’s best restaurants.

In contrast to many of the other restaurants on this list, head chef Victor Arguinzoniz focuses on cooking food to masterfully create simple but truly delicious meals in a down-to-earth setting (‘asador’ means ‘grillbar’ in Spanish) that feels like the antithesis to high-class pretentiousness – if that’s what you’re after.

With an agricultural background, Arguinzoniz’s expertise with farming, including raising his own animals for the table, lends itself perfectly to his kitchen.

Arguinzoniz strives to make grilling, widely seen as simple, into an art-form that has made his restaurant famous the world over. Asador Etxebarri’s excellent food is a little cheaper than some others on this list too, with an average meal price of €176, not including drinks.

Deemed to be one of the very best restaurants in the world, Joan Roca’s El Celler de Can Roca may be as close to perfection as it gets when it comes to traditional and contemporary Catalan cuisine.

Run lovingly by Joan and his brothers Josep and Jordi, the restaurant has three Michelin-stars and has been named the world’s best restaurant on more than one occasion.

Each of the brothers is a world-class expert in their own field; with Joan on the chef work, Josep as a sommelier and Jordi as the restaurant pâtissier their combined creations are near unmatched.

Given its pedigree, it may be no surprise to hear that a meal costs almost €200 – with expertly matching wines costing an additional €90.

So what are you getting for your money? The ‘Classics’ menu has around seven courses of the restaurant’s most famed seafood, or you could go for the ‘Feast’ menu of 14 or more courses.

Besides some of the best food on Earth, you’re also getting friendly hospitality and service. For foodies and expats with the money and passion to take you there, El Celler de Can Rosa is a must-on any bucket list.