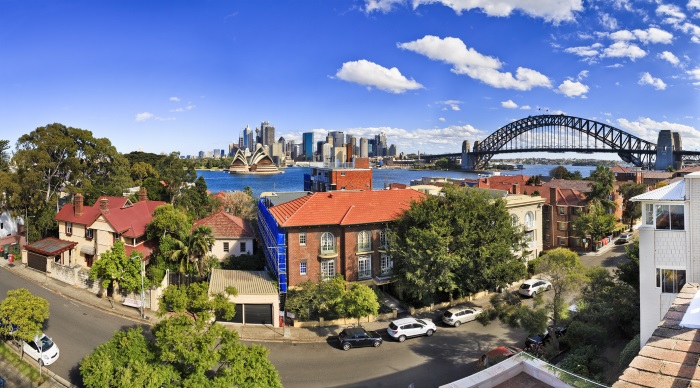 The average price of a family house in Sydney has passed the million dollar mark for the first time. Strong migration is driving prices up in Australia’s biggest city, as well as in Melbourne, where prices also rose 10% last year. Figures provided by property portal, Domain (www.domain.com.au), show that the average house price across the country is up 7.7% at A$780,000.

A five-bedroom home in the family-friendly Sydney suburb of Rooty Hill sold for A$1m (£600,000) last month. Rooty Hill is 42km (26 miles) west of the Central Business District and known for its good-value housing. The UK equivalent in distance from the City of London would be Dartford.

The estate agent who sold the Rooty Hill house said it was a record price for the area. Ismail Ates, of Nidus Group (www.nidusgroupre.com.au), said: “We had 30 people come through the open house and it sold smack bang on that day.”
He added that there were a big mix of buyers with money to spend with many buyers for outside the area.
Domain’s chief economist, Andrew Wilson, added: “One of the key drivers for the Sydney and Melbourne market is strong migration. Net migration into New South Wales in the last financial year was over 60,000 and net migration into Victoria over 80,000.”

Prices for apartments are another matter. Overall, there was an increase of 3.4% last year, but prices varied widely from place to place. Hobart, Brisbane, Perth and Canberra actually saw the cost of units fall.

Sydney and Darwin apartments were up 6%, while prices in Adelaide and Melbourne were up 3%. With price rises far outstripping wage growth, this is causing a problem for the workforce in the bigger cities.

Economists are split over whether interest rates will rise or fall. With low inflation and falling unemployment, most believe the rampant house price growth will persuade the Reserve Bank of Australia to put interest rates up. But National Australia Bank experts say the rates (currently 1.5%) will go down to 1%, because of a surge in house building and slow GDP growth which could temper house prices and push up unemployment.

Either way, if you want to live in Sydney, especially anywhere near the centre, you’ll have to have deep pockets. The annual Demographia report (www.demographia.com) has named it as the second most unaffordable city in the world behind Hong Kong. Bournemouth comes in at number 10!