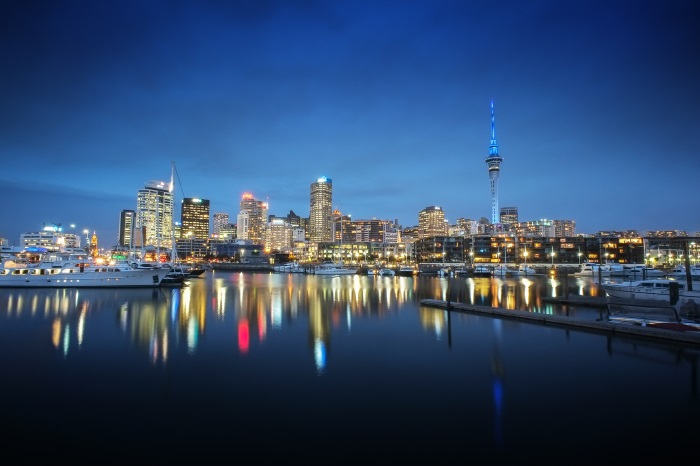 Last year it was reported that house price growth in Auckland was outstripping London – with average prices breaching an incredible NZ$1m.

House prices across New Zealand were also on the up. Estate agents Knight Frank published a global ranking of house price growth in the third quarter of 2016 that saw New Zealand come out on top, with 11% annual growth.

This prompted publications like The Guardian to dub Auckland ‘the hottest housing market in the world’.

Infometrics chief economist Gareth Kiernan cites increased foreign investment as one of the main factors contributing to the price spike, along with low interest rates and undersupply.

According to Kiernan; ‘There’s no question really that property in New Zealand is unaffordable or over-valued when you look at some of the measurements The Economist uses, comparing house prices to rents and house prices to incomes, especially in Auckland, those ratios are completely off the chart when you look at the history of the past 20, 25 years.’

Although foreign investment has been one of the factors contributing to the situation, the spike in property values (particularly when viewed in conjunction with the pound’s substantial Brexit-based losses) has limited the options for less affluent would-be expats looking to purchase property in New Zealand.

While the latest property figures indicate that the rapid growth in prices could be at an end, few expect this reversal to last.

House prices in Auckland reached their zenith in October but have fallen slightly over the past few months. The volume of sales has also slowed significantly.

According to Radio New Zealand (RNZ); ‘The Auckland housing market is slowing. There is undeniable evidence of fewer house sales that are taking longer. Prices are also edging lower. But this is cyclical. A lasting adjustment in the housing market requires us to fix the underlying issues of not enough houses and many other policy problems.’

RNZ forecasts that in order for prices to fall to affordable levels, the underlying issues of a desperate lack of housing in the face of growing demand will need to be tackled.

If building permit and house construction figures pick up in the months ahead, improved supply could help the modest downturn in house prices continue. But RNZ doesn’t expect that to be the case.

It stated; ‘Everything points to one sad conclusion. There will be a house building bust before we have even dealt with the recent increase in population, let alone made up for the sustained underbuilding in Auckland since the 1980s. Without enough houses, a lasting house price bust is very unlikely.’

For anyone hoping to purchase property in New Zealand in 2017 this could sound like concerning news. However, there are still affordable property options in the nation if you’re willing to seek them out.

The regions currently exhibiting the smallest rate of house price growth are Otago, Southland, Manawatu/Wanganui, Canterbury/Westland and Central Otago Lakes. Nationally, Southland also has the lowest average house prices at NZ$200,000, making this one of the more reasonably priced options for house hunting.