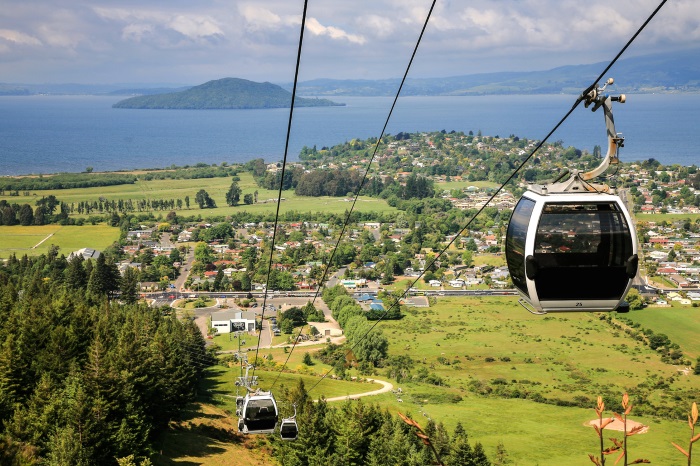 House prices in New Zealand’s regional cities are exploding as buyers turn away from traditional areas in the search for more affordable properties.

The latest QV House Price Index has shown a 13.5% year-on-year increase in property prices, with the value of the average home across the country climbing from NZ$556,306 to NZ$631,349.
Auckland may have seen an impressive 12.3% rise in property prices year-on-year, but compared to more rural areas this seems like a minor blip.

The boom in property prices is beginning to spill over to neighbouring regions, explains Hilary Parker of research firm Infometrics, who says;
‘While the property market is cooling in Auckland, we are still seeing strong growth in areas that took longer to accelerate, such as Rotorua and Whangarei, driven by similar positive economic conditions as other areas. House price growth in Wellington is also very strong, but has risen less over last six years than prices in many other areas in New Zealand.’

Rotorua, located on the shores of the eponymous lake, is only New Zealand’s 10th largest urban area, with a permanent population of around 60,000.

However, the city and surrounding region has become increasingly popular, in part thanks to its active geothermal landscape of geysers and hot mud pools, with its heightened appeal pushing property prices in Rotorua higher by over 28%.
Even taking this into consideration, property prices in Rotorua remain good value for money when compared to the national average, with the latest uptick pushing costs from NZ$299,964 to NZ$386,810.

It seems property hotspots aren’t clustered in one particular area, though.

At virtually the opposite end of the country, towards the bottom of New Zealand’s South Island, Queenstown and the surrounding areas have also seen property prices surge more than 28%.

With a population of around 35,000, Queenstown is the second-largest city in the Otago region of the South Island, behind what is also the most affordable city in New Zealand; Dunedin.

It may only be a three-and-a-half hour drive between the two cities, but property prices are considerably different; Queenland’s smaller population may have something to do with the fact that property is around three times more expensive than in Dunedin.

Palmerstone North makes it into the top ten largest cities in New Zealand and is similar in terms of affordability compared to Dunedin, despite being around a third smaller with a population in the region of 75,000.

However, Tauranga City, which has a population roughly the same size as Dunedin, is very different in terms of property prices.

Compare this to the average property prices in east Auckland, which rose from NZ$1,357,985 to NZ$1,540,731 year-on-year in February, and it is not hard to see why buyers eager for the Kiwi lifestyle have begun widening their search.