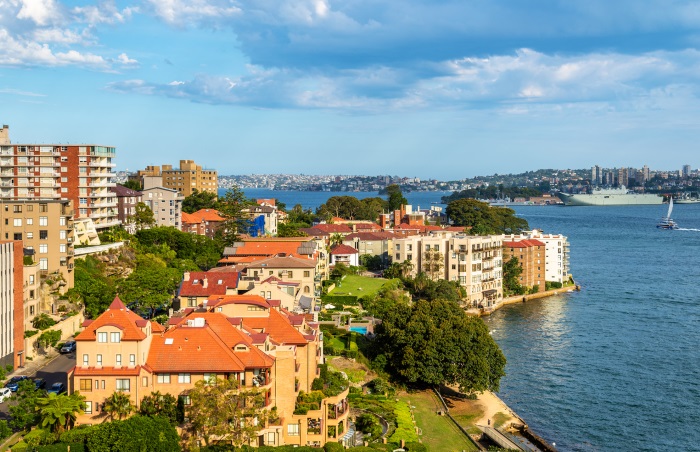 Financial investment bank group, UBS, predicted over the weekend that the housing market may finally be calming down – good news for anyone hoping to buy Australian property in the future.

According to UBS economists Scott Haslem, George Tharenou and Jim Xu;
‘After housing activity rose consecutively for over four years, its longest ever boom, we are now calling the top and think that housing activity has already peaked at greater than 6 per cent of nominal GDP.’

The last four years have seen house prices in Australia, particularly in big cities like Sydney and Melbourne, heating up to unsustainable levels.

The unpredictable and unstable nature of Australia’s housing bubble has priced many locals and foreign buyers out of the market. It’s also been a major concern for economists, including policymakers at the Reserve Bank of Australia (RBA). Regulators have been attempting to cool the market with limitations on risky lending when it comes to investor or interest-only loans.

House prices aren’t likely to be falling any time soon though, so home ownership isn’t going to become a more affordable option for at least a few years.

Population growth and the lack of any interest rate hikes from the Reserve Bank of Australia (RBA) may also keep prices from slumping.

Although, if the UBS economists are correct, this forecast could still influence the Reserve Bank of Australia (RBA) to move away from any potential easing bias and could even prompt them to hike Australian interest rates in the not too distant future.

UBS economists also note that the RBA’s position isn’t an easy one. UBS stated that the main driver of investment in housing is interest rates. Action from the RBA could cause a house price slump rather than a correction, but UBS has warned that the RBA may see pressure to act;

‘Given the cash rate is already at a record low, and the prospect that the RBA attempts to start normalising rates by end-18, it seems unlikely commencements would rebound, and hence dwelling investment could keep falling in 2019,
This makes for a difficult policy position for the RBA. If it hikes too early/too much, it could turn a ‘normal’ housing correction into a slump.’

Other analysts have argued that if Australia’s economy looks on the verge of slowing again, the RBA could just as easily cut interest rates, a scenario that could lead to another boost in house prices.

However, it’s also worth noting that UBS is merely the most recent in a long series of institutions that have predicted the defiant housing boom has peaked.

Could Australian property values keep rising despite economist claims? It’s certainly possible, especially if the RBA cuts rates again. Until more concrete information becomes available, it’s a bit of a game of wait-and-see.
If you’re hoping to purchase a property down under, keep checking in with the Everything Overseas blog for the latest Australian house price news.