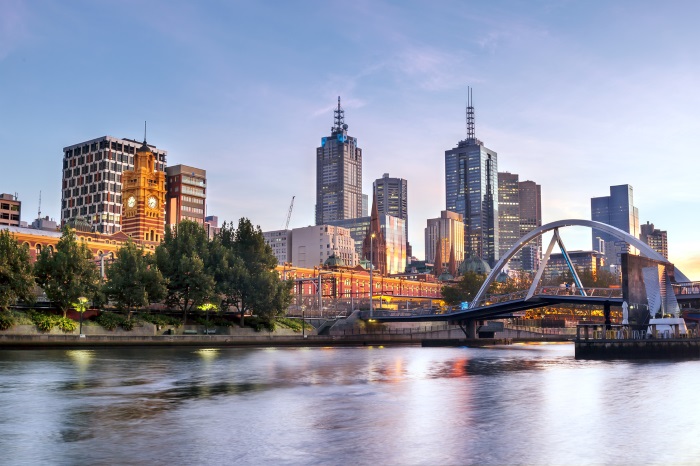 If you were hoping to purchase a property in Australia in the near future, the nation’s latest housing figures might cause you to have some affordability concerns.

Australia’s Q4 house price index revealed another sharp increase in property prices at the end of 2016, adding to fears that a property bubble is forming down under.

On a quarterly basis, this was the strongest growth in house prices recorded since the summer of 2015.
The data also revealed which areas had the biggest impact on this surge.

Perhaps unsurprisingly, Sydney and Melbourne were the key cities helping drive the hike in average prices, with respective price growth of 6.1% and 6%.

Harley Dale of the Housing Industry Association (HIA) said of the results; ‘Sydney and Melbourne represent 40% of Australia’s population and some concern regarding the trajectory of house price growth in these two markets is warranted. Elsewhere, people still scratch their heads when it comes to a supposed housing price boom because that simply hasn’t been their experience this cycle, even allowing for some recovery in prices in recent times.’

The house price report took on additional significance as the minutes from the Reserve Bank of Australia’s (RBA) last policy meeting (which were published around the same time) indicated that policymakers are concerned about the risks the housing market poses to the domestic economy.

The RBA minutes stated; ‘Recent data continued to suggest that there had been a build-up of risks associated with the housing market. In some markets, conditions had been strong and prices were rising briskly, although in other markets prices were declining. In the eastern capital cities, a considerable additional supply of apartments was scheduled to come on stream over the next few years.’

They continued; ‘Growth in rents had been the slowest for two decades. Borrowing for housing by investors had picked up over recent months and growth in household debt had been faster than that in household income. Supervisory measures had contributed to some strengthening of lending standards.’

The slightly cautious comments from the RBA were enough to put property prices firmly in the spotlight and weaken the Australian dollar in the process.

The average price for an Australian home also climbed to $656,800 at the close of 2017 (up $25,400 from the previous quarter), but it’s worth bearing in mind that prices vary markedly depending on where you look.

While soaring property prices in areas like Sydney and Melbourne might be pricing some international investors out of the market, there are areas where housing is becoming more affordable.

The Q4 housing report revealed that house prices were down significantly in the Northern Territory (falling 7%) and were slightly lower in Western Australia (down 4.1%), Perth (down 1.7%), Brisbane (down 1.3%) and Darwin (down 2.5%). If values are shown to have fallen further in the first quarter of 2017, these could be good property hunting areas for budget-driven purchasers from overseas.